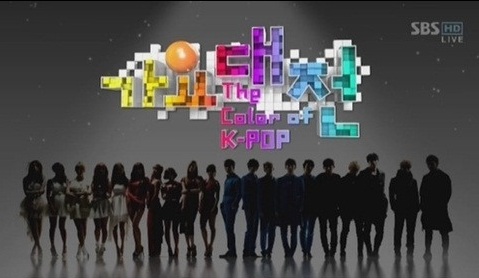 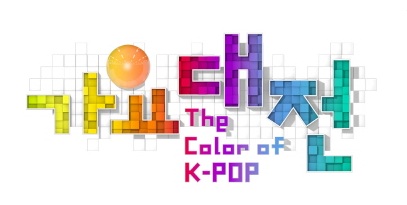 On the albums, 2AM, BEAST, INFININTE, MBLAQ, TEEN TOP, SECRET, SISTAR, After School, KARA, and 4Minute have  collaborated with 4 different producers to create the best song that suits each color and group. The groups have been showing preview videos and progress videos through YouTube and Naver Videos which stirred more curiosity and anticipation among the K-pop fans. 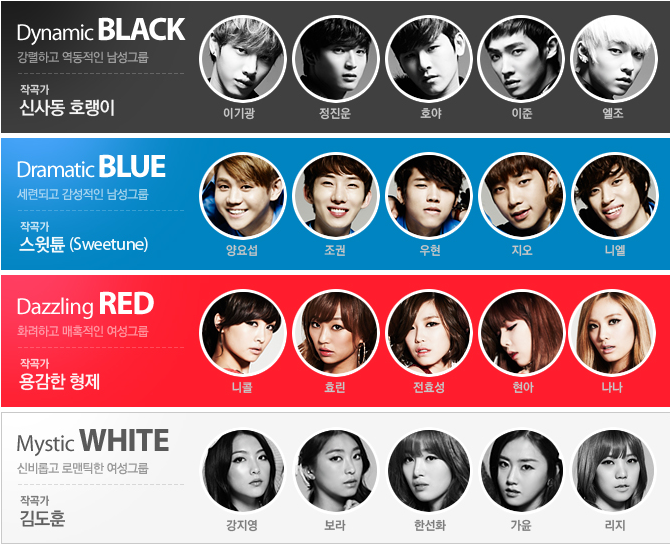 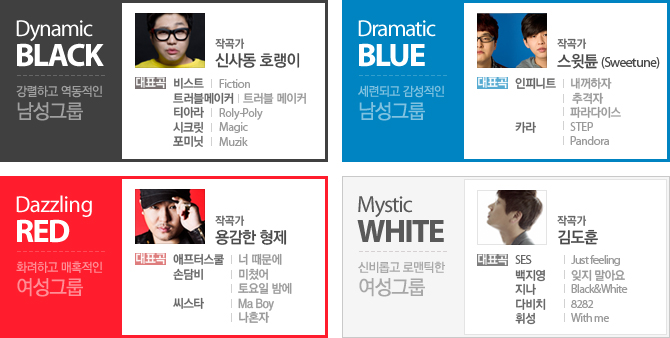 The producers who took charge of each team are as listed: Dynamic Black with Shinsadong Tiger (신사동 호랭이) who is most famous for Trouble Maker‘s Trouble Maker, T-ARA‘s Roly-Poly, Secret‘s Magic, 4Minute‘s Muzik. Dramatic Blue worked with Sweetune (스윗튠) who is famous for INFINITE‘s Be Mine, The Chaser, Paradise and KARA‘s STEP and Pandora.

Brave Brothers (용감한 형제) took charge of Dazzling Red, some of his well known songs are After School‘s Because of You, Son Dambi‘s Crazy and Saturday Night, SISTAR‘s Ma Boy and Alone. And Mystic White’s team worked with Kim Dohoon (김도훈) who is well known for the following songs, SES‘ Just a Feeling, Baek Ji Young‘s Don’t Forget Me, G.NA‘s Black&White, Davichi‘s 8282, and Wheesung‘s With Me.

First up is trendy and emotional boy group Dramatic Blue. Check out their collaborative work Tearfully Beautiful (눈물나게 아름다운) below:

Next is mysterious and romantic girl group Mystic White. Check out Mermaid Princess (인어공주) below:

Intense and powerful boy group Dynamic Black worked as a team to bring fans the ultimate enjoyment. Check out Yesterday below:

[vsw id=”XRXJfV74c9w” source=”youtube” width=”425″ height=”344″ autoplay=”no”]
The Color of K-POP is a special album collaboration with the hard work and the skills of idol stars and the producers’ passion to present something special this year. These new songs by the four new groups will be presented at the stage of Gayo Daejeon for the fans in Korean and overseas fans as well. The earnings of the performance will be given to SBS Hope TV to their Dream Orchestra program.

2012 SBS Gayo Daejeon will be broadcast live on December 29 at 8:45pm and will be held at Korea University (고려대학교).

Which color team will you be supporting this year? 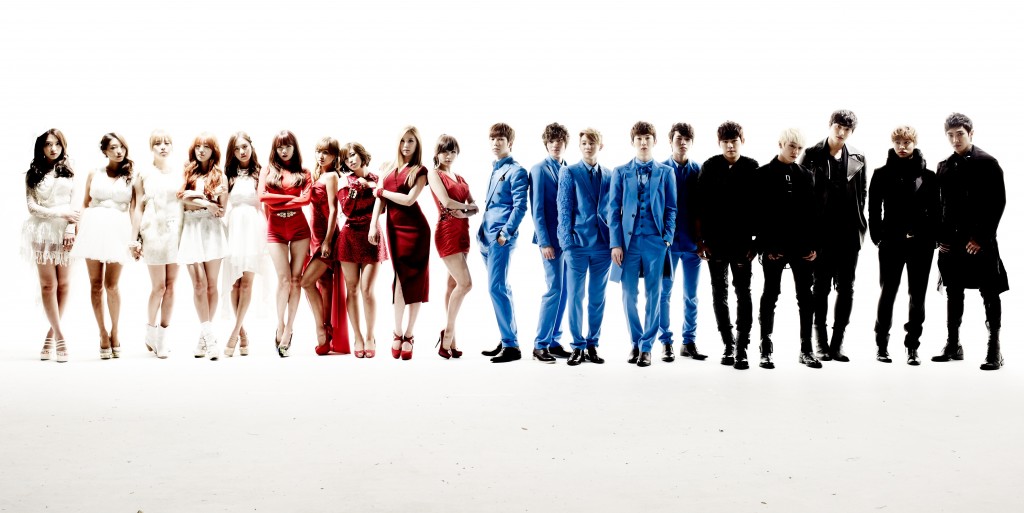