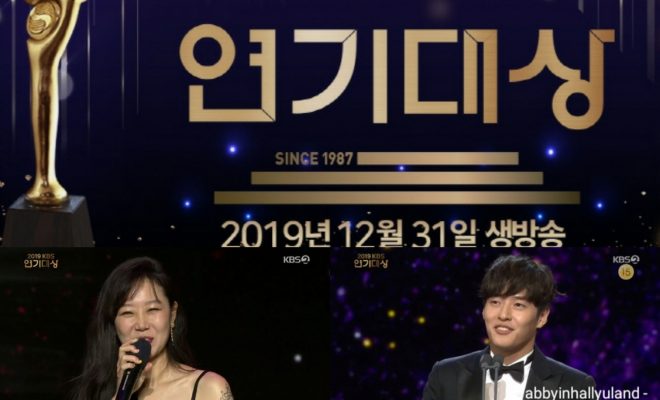 The beautiful Gong Hyo Jin achieves her first ever Grand Prize award for her portrayal in When The Camellia Blooms at the 2019 KBS Drama Awards.

Hosted by Jeon Hyun Moo and Shin Hye Sun the ceremony was held on December 31, at KBS New Wing Building in Yeouido Seoul.

The 2019 KBS Drama Awards is a year-end annual event honoring the achievement earned by dramas and actors that were aired in the aforementioned network.

At the awards show, When the Camellia Blooms bags twelve awards including the Daesang prize of its female lead.

Albeit starring in numerous famed and high-rating Korean dramas in the previous years, it is the first time for Gong Hyo Jin to receive the ultimate prize.

In her acceptance speech, Gong remarks how the drama is special to her and jokes that she is slightly bothered knowing she bested senior actor Yoo Joon Sang.

She shares spending quite a long time with the actors and staff for five to six months with the residents of Guryongpo, Pohang. She adds missing the place and feels grateful that the drama comforted many people.

Spanning a career of two decades, Gong Hyo Jin has gained numerous awards in her career. Her notable works include Thank You, Crush and Blush, The Greatest Love, The Master’s Sun and It’s Okay, That’s Love to name a few.

Expressing feeling honored to share the award with lauded actor Yoo Joon Sang, Kang thanks his family and associates.

“I will be a good person before becoming a good actor,” he said.

Likewise, Yoo Joon Sang is thankful for the honor received. He acknowledges the hard work without regrets.

Cho Yeo Jeong, who is still filming the drama, aims to put even more value to her role. Remarking her job has made her a better person, she feels blessed about it. She looks forward to be a better actor in 2020.

Bringing in their star power, Kim Myung Soo and Kim Se Jeong are both acknowledged with K-Drama Hallyu Star Awards.

For the Big 3 Real Tears Moments, dramas Angel’s Last Mission: Love, When The Camellia Blooms and Liver or Die earn the special affirmation.

The “Girl Crush Drama Moments” go to When The Camellia Blooms, Doctor Prisoner and The Tale of Nokdu.

Lastly, The Tale of Nokdu and When The Camellia Blooms notch raves for the “Best Kissing Scene Drama Moments”

The 2019 KBS Drama Awards also presented the best love pairings in the series that aired this year.

A big warm of applause to the winners! 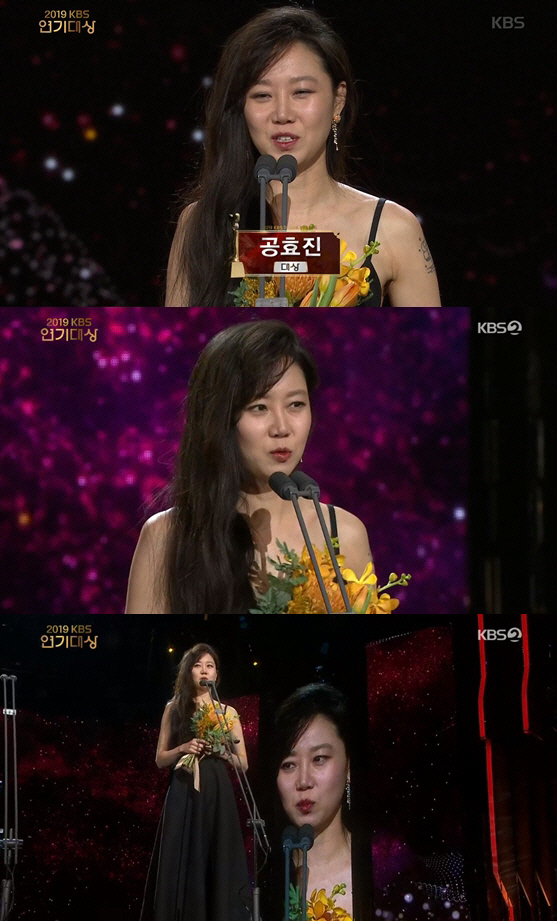