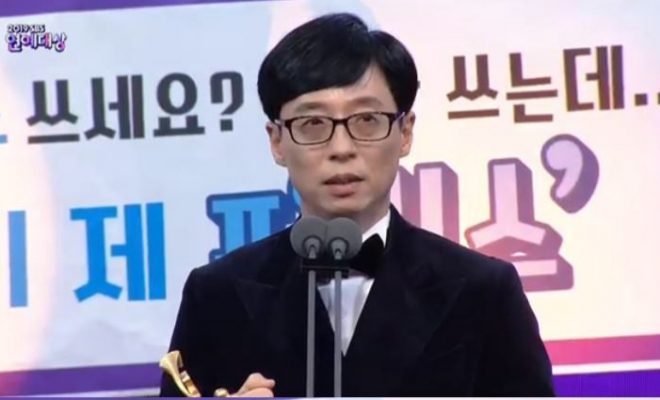 On December 28, SBS held its annual Entertainment Award where variety shows and celebrities were awarded for their performance and popularity.

Hosted by Kim Sung Joo, Park Na Rae, and Jo Jung Shik, the 2019 SBS Entertainment Awards was a day to remember for a lot of celebrities. 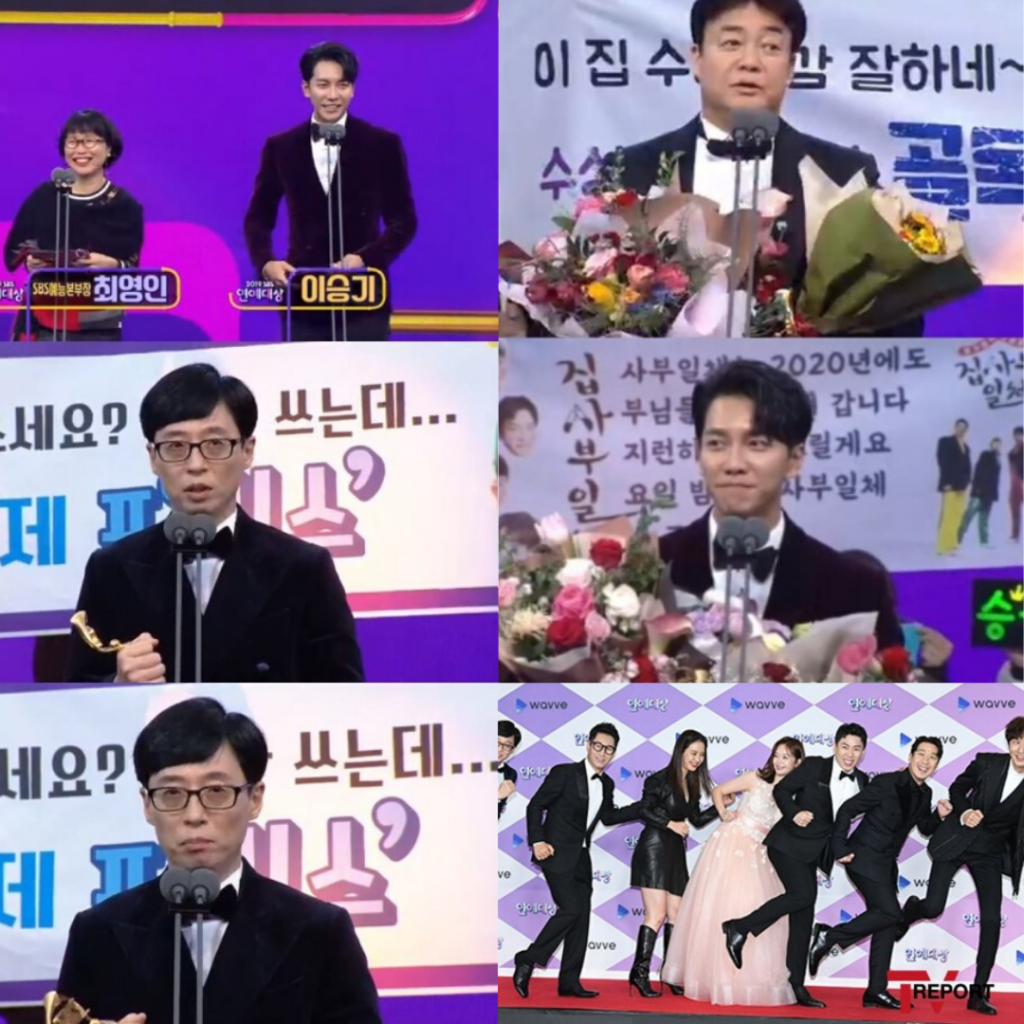 Yoo Jae Suk wins another Daesang! The stellar celebrity known for his great personality and exemplary variety show skills has won the grand prize of the evening.

Though this is Yoo Jae Suk’s first SBS Daesang in four years, he has won a total of 6 SBS Daesang. The celebrity has thanked his Running Man co-stars on his speech. He also honored Goo Hara and Sulli, who recently passed away. 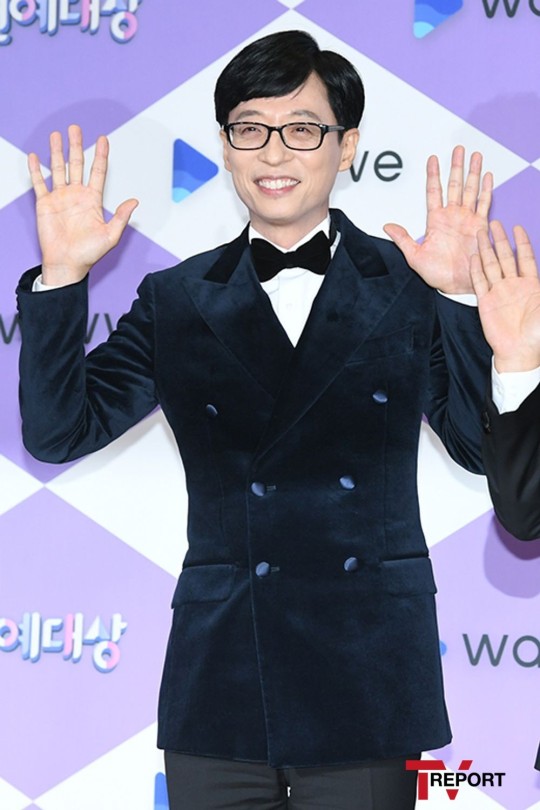 Check out the Complete List of SBS Entertainment Award Winners:

Excellence in Programming Award (Reality): Same Bed, Different Dreams 2 – You Are My Destiny

Hellokpop, as an independent Korean entertainment news website (without influence from any agency or corporation), we need your support! If you have enjoyed our work, consider to support us with a one-time or recurring donation from as low as US$5 to keep our site going! Donate securely below via Stripe, Paypal, Apple Pay or Google Wallet.
FacebookTwitter
SubscribeGoogleWhatsappPinterestDiggRedditStumbleuponVkWeiboPocketTumblrMailMeneameOdnoklassniki
Related Items2019 SBS Entertainment AwardRunning ManSBS Entertainment AwardYoo Jae Suk
← Previous Story SF9 Poses Like True Gentlemen In Group Teaser Photos For “Good Guy” Comeback
Next Story → Shin Sung Rok To Become Fixed Member Of “Master In The House” Beginning Its 2020 Season