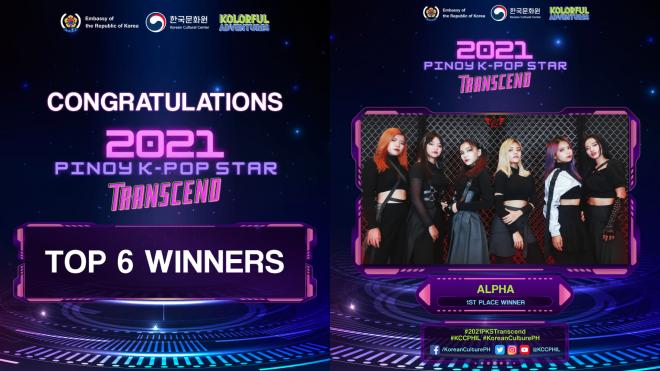 A decade since it was first launched in the country, the annual Philippine finals leg of the K-Pop World Festival went full circle as it achieved yet another milestone this 2021.

From being the Korean Cultural Center’s on-ground talent event, “Pinoy K-Pop Star” took things to the next level as it ventured online this year in order to ensure the safety of everyone involved. Hundreds of viewers joined in the fun and cheered on the performances of the “Pinoy K-Pop Star Transcend” stage. 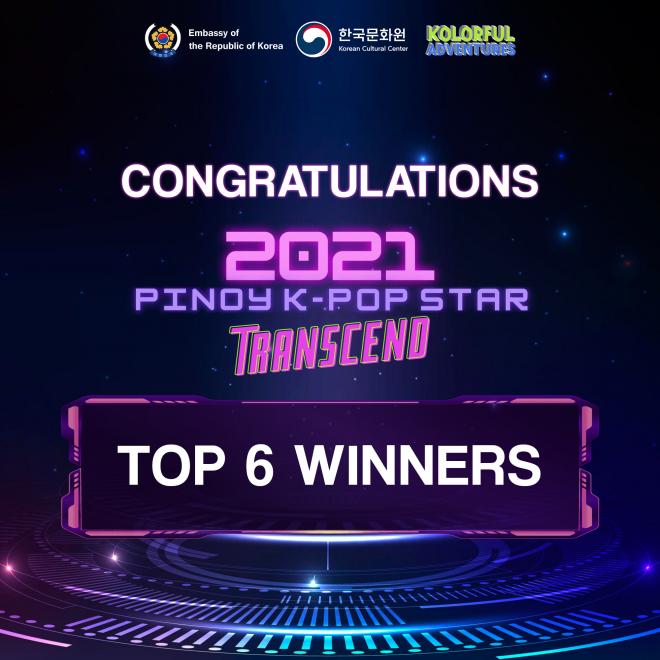 “Pinoy K-Pop Star Transcend” has challenged this year’s dance performers to “go beyond their limits” by wowing the audience, as well as, the judges by translating their moves, creativity, talent, and charisma for performing live and onstage to performing remotely and on screen.

Out of the many submitted group and solo entries, 6 performers shone the brightest and will have the chance to represent the Philippines in Changwon this October.

While the fourth to sixth placers will be receiving special KCC gift bags along with this year’s special PKS Transcend trophy.

Check out the winners below!

Bagging the first place is the all-female dance group Alpha PH. Having been formed in 2016, the group has been actively producing K-Pop Dance covers under different genres for live events, competitions, and for their very own SNS.

Despite having a tight schedule and the limitations of the pandemic, the group made time to practice every weekend to prepare for their PKS performances. One of their biggest feats to date is their viral dance cover of Everglow’s anthem “Dun Dun,” which now has almost 2 million views. 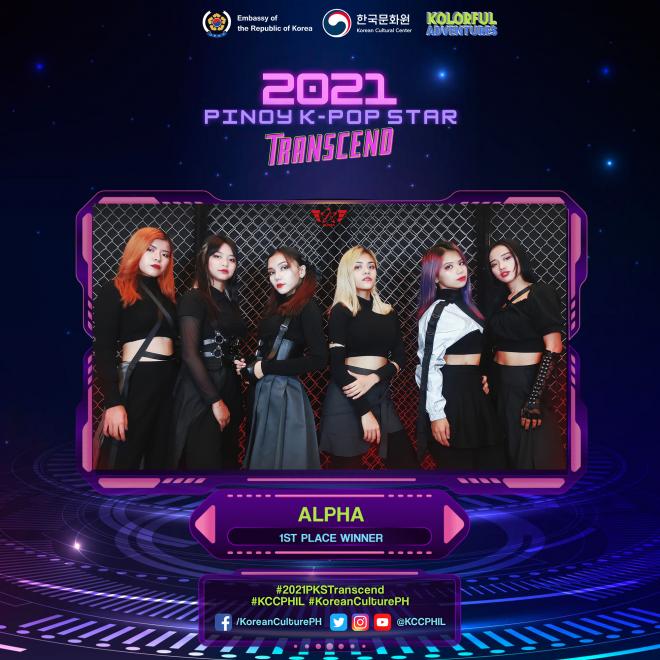 Coming in at second place is the newbie girl group DES7INY. The number 7 in their name symbolizes the number of days that they work in a week in order to prepare for a particular cover, 7 means nonstop, from Monday to Sunday.

Their participation in PKS Transcend, quite interestingly, is the first time that they are dancing together. Nevertheless, they are very much eager to showcase their talent and determination in the local scene in their next dance covers. 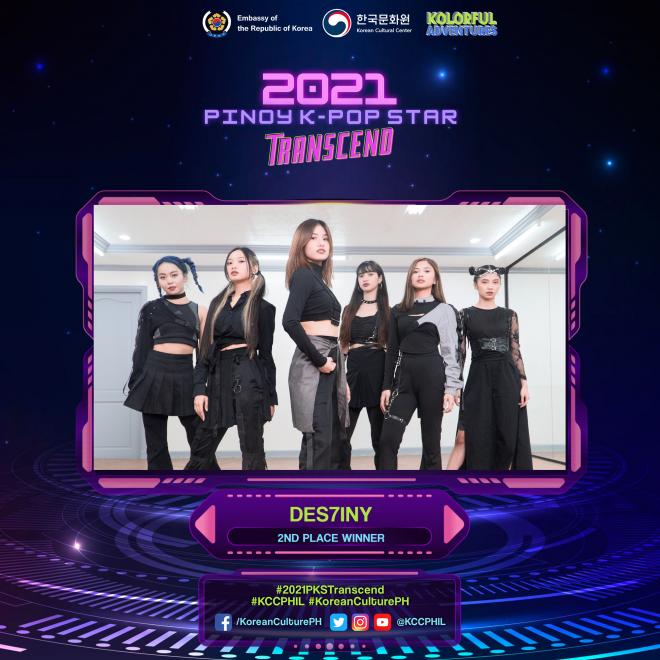 Snagging the third place is Aesir PH. This all-male cover group accounts for their love for K-Pop as their ultimate uniting element during the pandemic. K-Pop brought them closer to each other and in turn, it has also inspired them to help one another.

For the group, dancing and covering their favorite artists has allowed them to express themselves and to encourage others to do the same. Although it is their first time to cover their free song choice by Stray Kids, they took the challenge as a means to prove their skills and flexibility as performers. 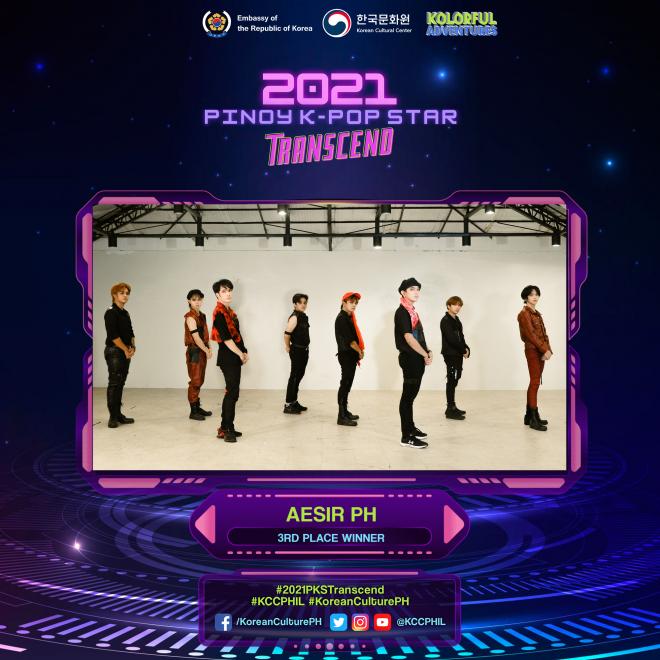 Showing that Pinoy talent knows no limits, the groups Mix’In, Hiyas, and Fatal, completed the top 6 winners by finishing at the fourth, fifth, and sixth place, respectively. 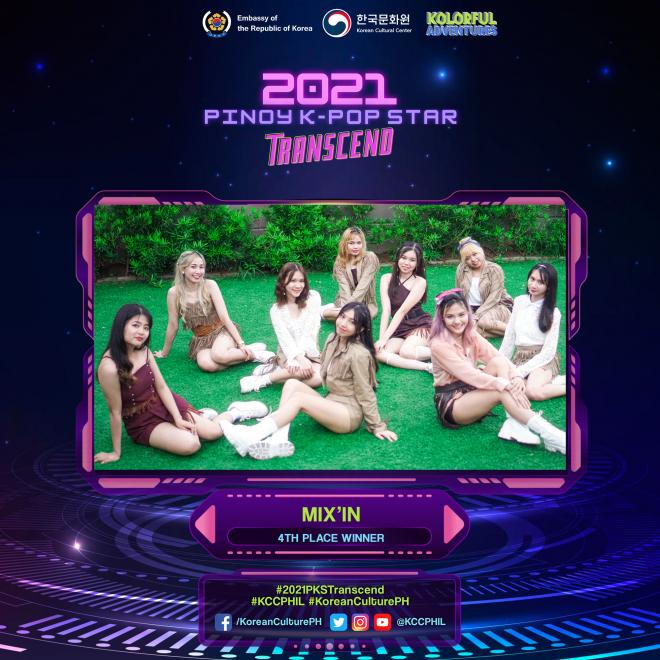 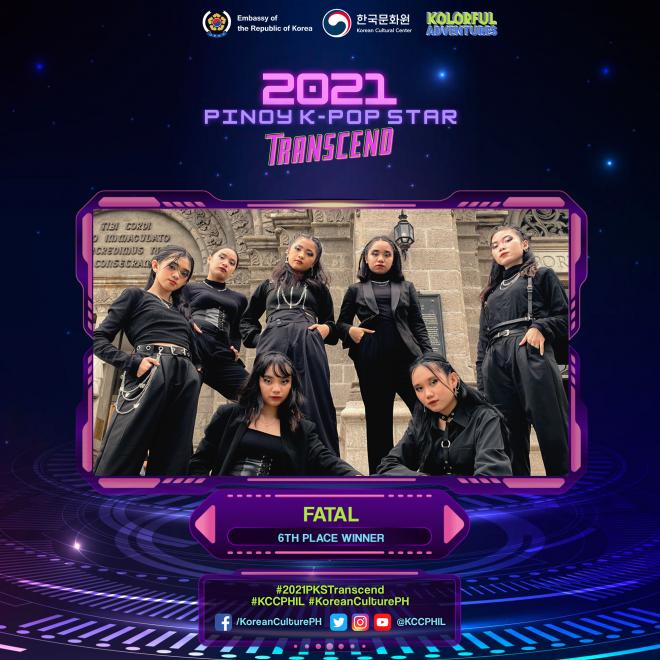 “Pinoy K-Pop Star” has been an avenue for Filipino performers to share their talents and love for Korean music with the world. This time, all six entries will be sent to KBS to be part of the roster of all the PKS winners from all the KCC’s abroad.

These finalists would then be competing among each other to be crowned as the 2021 K-POP World Festival winner in Changwon, South Korea.