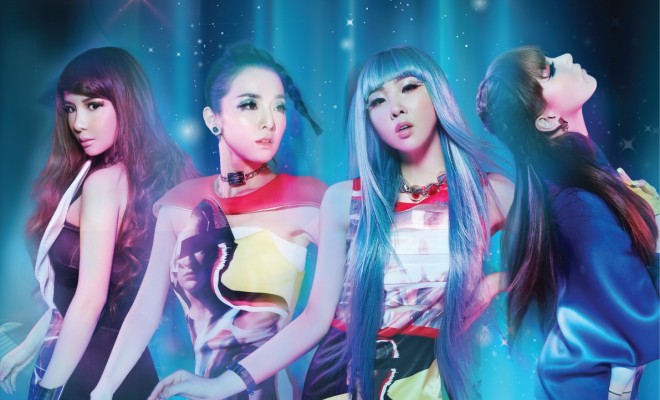 2NE1, the first Korean girl group to hold a world tour, is now ready to take on its second world tour ALL OR NOTHING! Having kicked-started their 2nd world tour in Seoul, Korea, on the 1st and 2nd of March, 2NE1 will be greeting fans in 13 cities in 9 countries with a total of 17 shows to date.

After releasing their new album ‘ALL OR NOTHING’, the girls of 2NE1 will be performing their latest releases, their well-received singles ‘Falling in Love‘, ‘Do You Love Me ‘ and ‘Missing You‘, in addition to previous hits. Expect electrifying performances created under the eagle eyes of Travis Payne, an American choreographer, director and producer (for Michael Jackson’s This Is It until Jackson’s untimely death) and choreographer Stacy Walker; the co-directors in charge of production design and visual content.

Hellokpop, as an independent Korean entertainment news website (without influence from any agency or corporation), we need your support! If you have enjoyed our work, consider to support us with a one-time or recurring donation from as low as US$5 to keep our site going! Donate securely below via Stripe, Paypal, Apple Pay or Google Wallet.
FacebookTwitter
SubscribeGoogleWhatsappPinterestDiggRedditStumbleuponVkWeiboPocketTumblrMailMeneameOdnoklassniki
Related Items2NE1All or NothingDo You Love Mefalling in loveMichael JacksonMissing YouOne ProductionSingapore Indoor StadiumSports Hub TixStacy WalkerThis Is ItTravis Payne
← Previous Story Press Release – Meet the Emergency Couple in Singapore!
Next Story → 2NE1 to come back to the Philippines with ‘All or Nothing’ World Tour