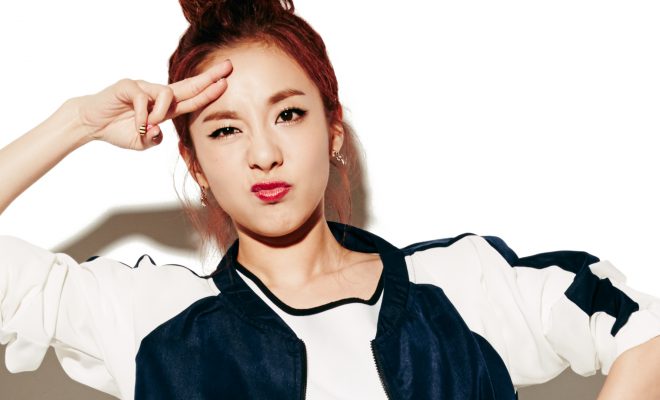 2NE1‘s Sandara Park wrote another letter to Blackjacks to apologize and express her thanks.

She apologized to Blackjacks for hurting them and being unable to keep promises and leaving scars. She also thanked them for the good memories.

“Thanks to you, the past seven years were truly a dream, and will leave as happy and great memories to Chaerin, Bom, Minzy and me,” Dara wrote.

She also acknowledged the support and love of their fans. She further opened up on her intention to end the journey of 2NE1 with good music for the last time and apologized for not being able to do so.

Despite being sad herself, Dara still comforted Blackjacks, telling them to be strong. “It may be very painful now, but please be strong and eat well. Do your own things well and work hard as time goes by,” she wrote.

She also promised to work hard and show better sides of Sandara Park in the future.

“I can’t explain everything with just words, ‘Thank You’,” she said, “Thank you so much for your love.”

Dara concluded her letter with “From 2016 November, which will be in my memory as the coldest winter… 2NE1’s fresh vocal, Dara.” 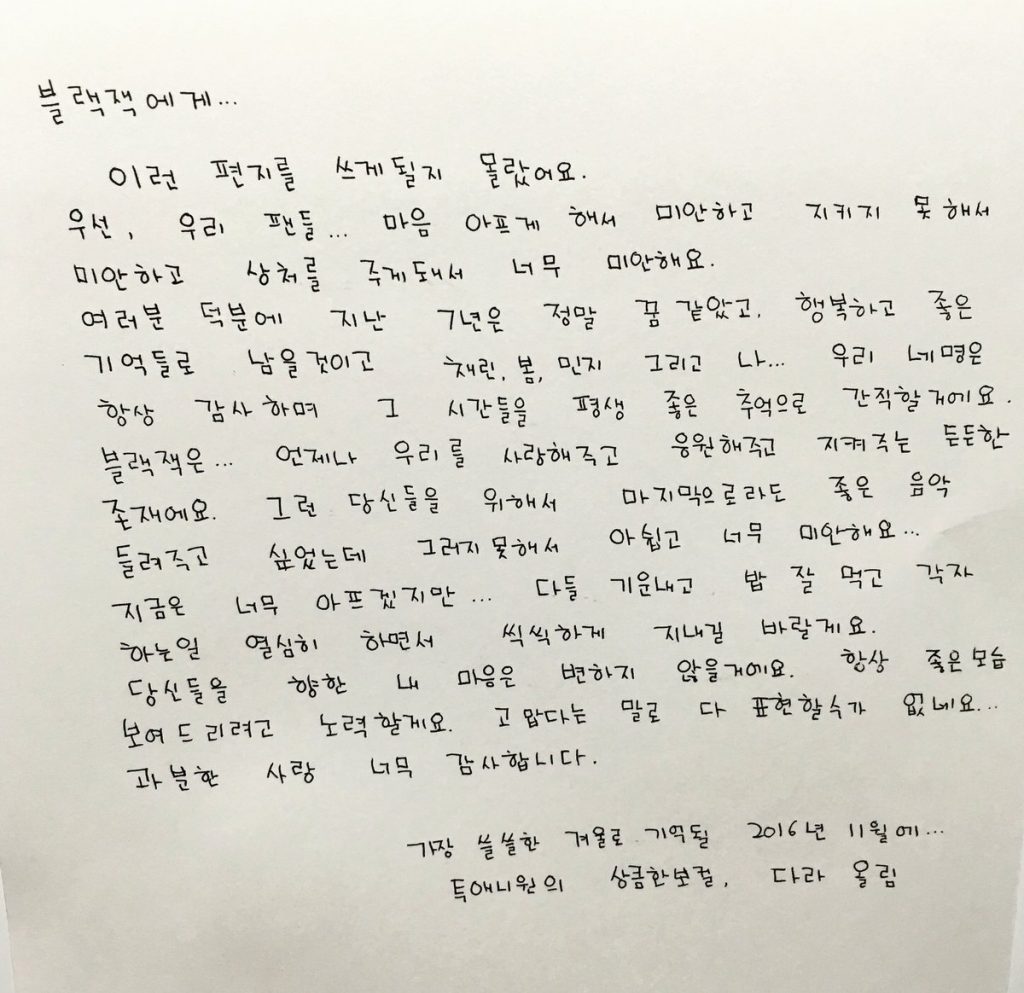 Dara has earlier expressed her sadness towards the group’s disbandment in a letter she shared with Filipino fans. The 2NE1 member used the group’s past songs in the letter.

A video of Dara has also gone viral.

In the video, she was heard saying that she was sad on that day, but the boys’ performance made her smile. Fans have also reported that she was holding back her tears while recording for her show.

"Im sad today but you made me smile. Thank you." – Dara

Dara is noted to have unfollowed YG Entertainment‘s Yang Hyun Suk on Instagram, at the time of writing. Fans have also shared their reactions on Twitter on the 2NE1 member’s unfollowing of YG.

CL has also broke her silence regarding the disbandment through a letter posted on her Twitter account. Bom, on the one hand, has yet to release a statement.