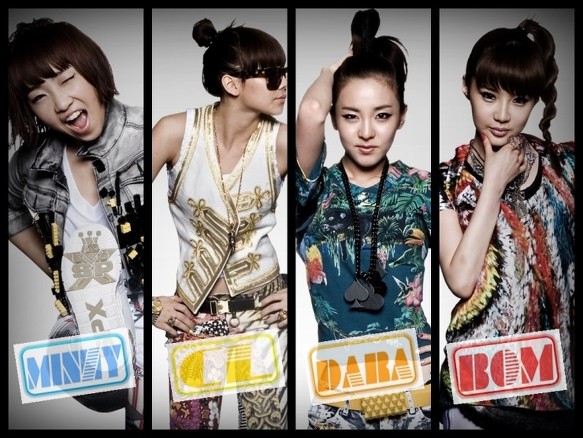 K-pop fans can finally look forward to the very first performance of their favourite YG girl group in Malaysia. 2NE1 is the latest addition to Twin Towers @Live 2013, one of the biggest concerts in Kuala Lumpur this year and will be held on 22 and 23 March at the iconic Petronas Twin Towers.

The four-member Korean girl group consisting of CL, Minzy, Dara and Bom, debuted in 2009 with their first appearance in an LG Electronic commercial campaign Lollipop, together with label mates, BIG BANG. In the same year, the girls released their debut single, Fire.

Since then, the girls did not look back and continued their successful career ride with singles, albums and tours. Apart from their success in the music industry, they are also widely recognized as fashion icons with features on designers’ labels and frequent photo shoots in fashion magazines.

2NE1 dresses up in Jeremy Scott, Givenchy and Balmain

Adding to the showcase of Malaysian artists is One Nation Emcees, the rising hip-hop performers who adopt the 1Malaysia concept for their music and performances. The trio, made up of Jojofly, Mimifly and Zydee, promise dynamic performances as they perform alongside 2NE1 on 23 March.

Twin Towers @Live 2013 will feature some of the biggest global names on each event day; featuring American pop-star Demi Lovato and K-pop boy group U-KISS on 22 March, while Backstreet Boys and 2NE1 will take the stage on 23 March. Other local acts joining the line-up for the two days are Atilia and K-Town Clan on 22 March, with Mizz Nina and Caprice for the next day. To turn on the party mode to the max, the concert will feature DJ Face Da Fader and DJ Tatsuro on 22 and 23 March respectively.

For fans who want to watch their favourite idols up close, Petronas Motorsports is running a special merchandise promotion for the exclusive FanZone tickets.The package is available at the Twin Towers Gift Shop located at the Twin Towers Skybridge Visitors Centre in KLCC as well as its online store.

Interested fans have to purchase RM150 worth of selected merchandise to be entitled to one FanZone ticket voucher; while purchases of RM300 or more entitle to two.

Vouchers can be redeemed at the 2013 Petronas Malaysia Grand Prix showcase at Suria KLCC from 16th March.

Stay tuned to hellokpop for the FanZone giveaway coming right up soon!