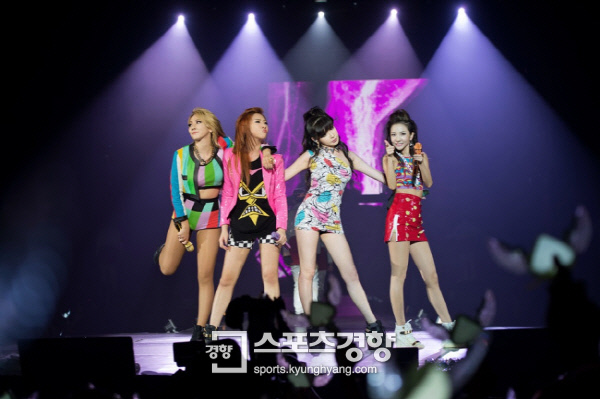 2NE1 is still proving its popularity all over the world despite of the group’s disbandment! 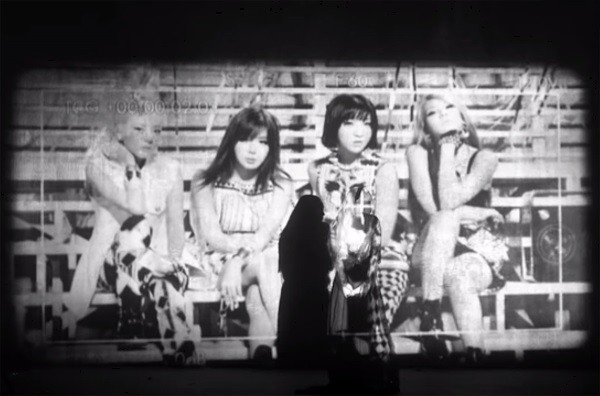 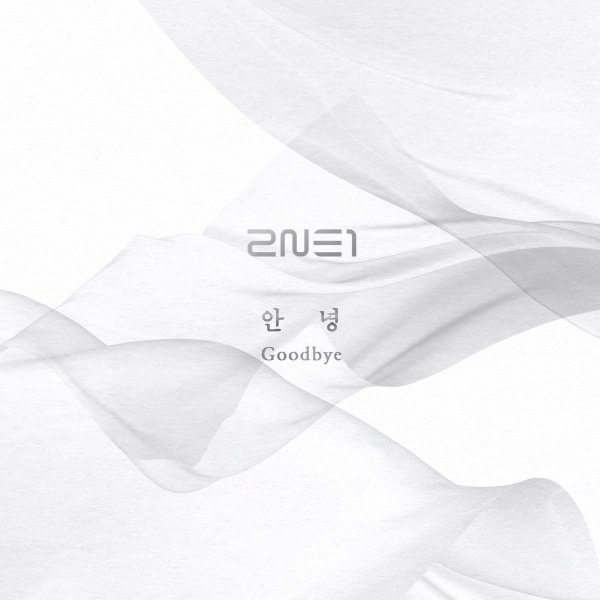 The group overwhelmed Opetaia Foa’i & Lin-Manuel Miranda and Israel “IZ” Kamakawiwo ‘Ole to sit on the top spot. At the time of writing, the Goodbye MV has gathered over 9,8 million views on YouTube. 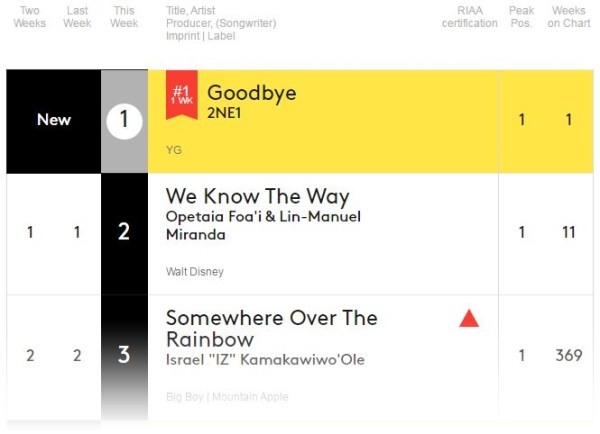 It is noted that 2NE1 is the only Korean group dominating this World Digital Song Sales chart thrice. Earlier on, the group ranked #1 on the same chart with its single dubbed I am the Best in October 2014 and February 2015.

Hellokpop, as an independent Korean entertainment news website (without influence from any agency or corporation), we need your support! If you have enjoyed our work, consider to support us with a one-time or recurring donation from as low as US$5 to keep our site going! Donate securely below via Stripe, Paypal, Apple Pay or Google Wallet.
88
SHARES
FacebookTwitter
SubscribeGoogleWhatsappPinterestDiggRedditStumbleuponVkWeiboPocketTumblrMailMeneameOdnoklassniki
Related Items2NE1BillboarddisbandmentGoodbyeI Am The BestIsrael "IZ" Kamakawiwo 'OleOpetaia Foa'i & Lin-Manuel Miranda
← Previous Story Former WINNER Member Nam Tae Hyun Sings For Fans Despite Of Mental Health Issues
Next Story → Lee Dong Gun And T-ara’s Jiyeon Confirm Breakup