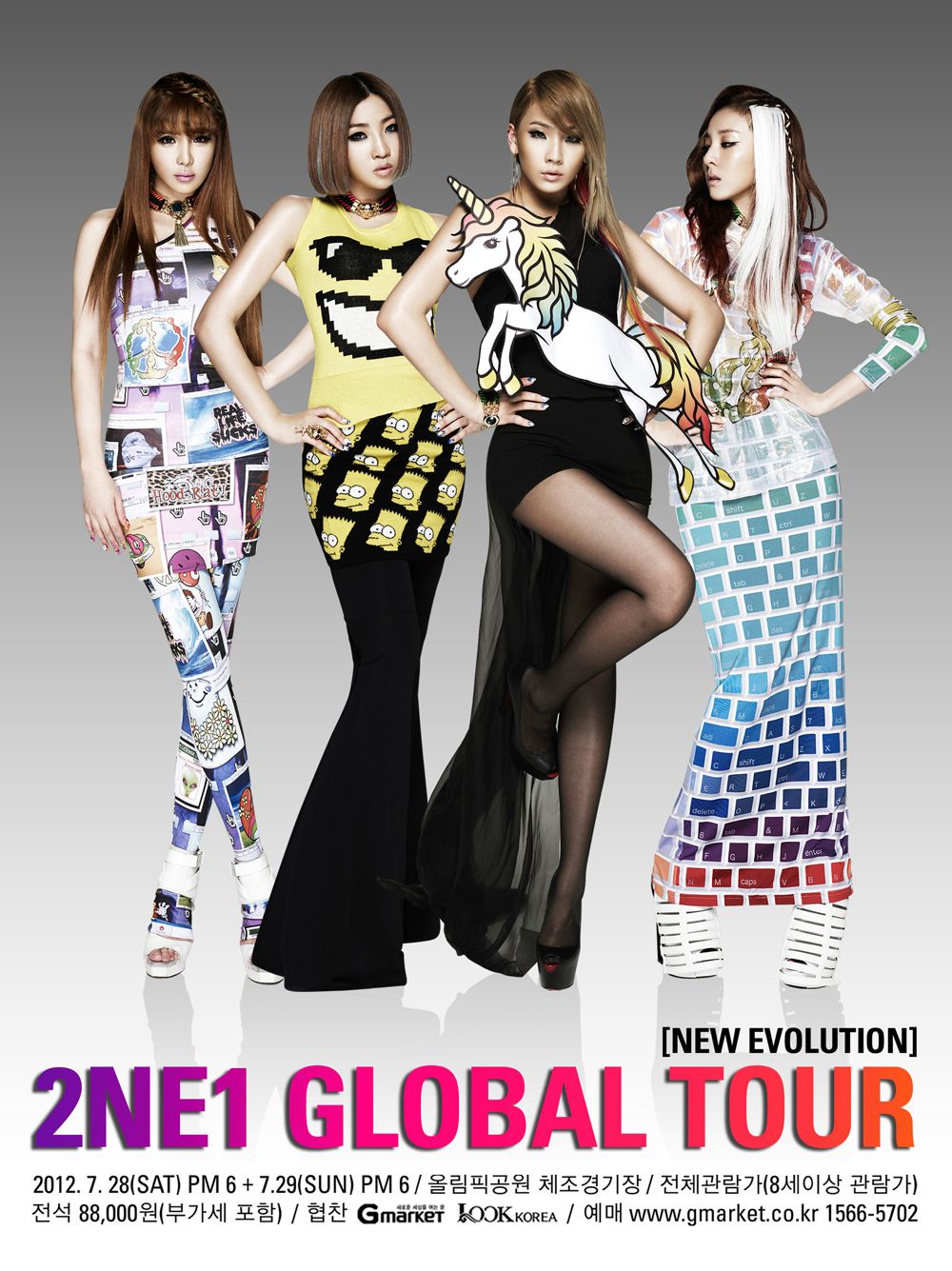 By The Editor | July 5, 2012
FacebookTwitter
SubscribeGoogleWhatsappPinterestDiggRedditStumbleuponVkWeiboPocketTumblrMailMeneameOdnoklassniki 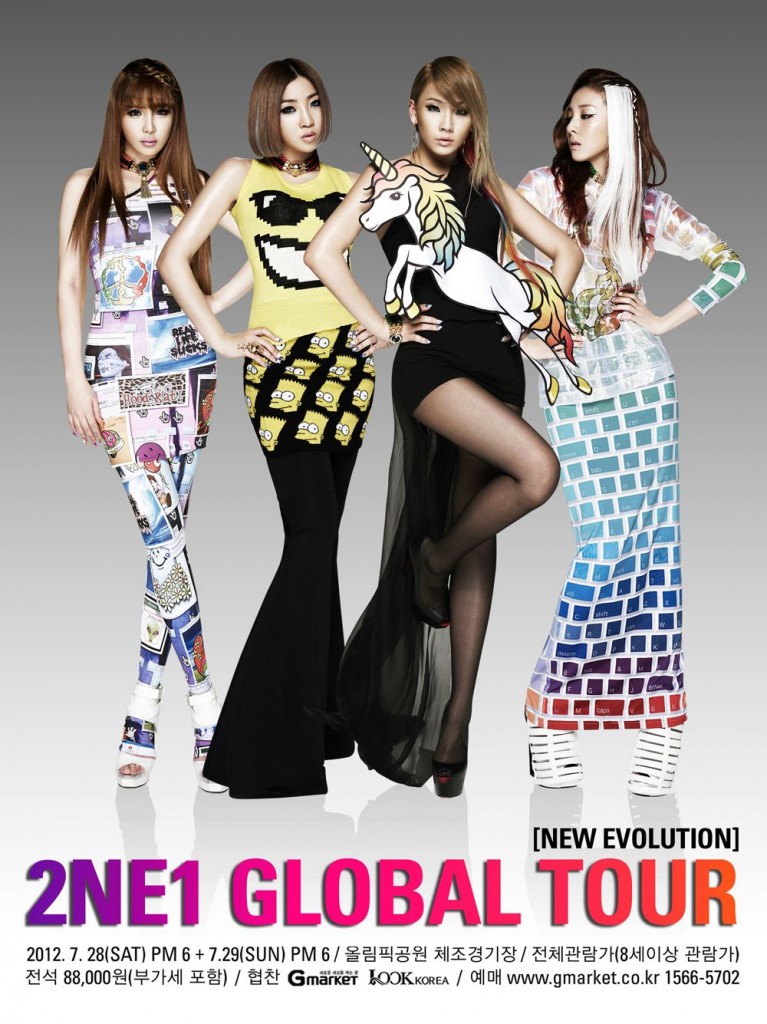 This summer, 2NE1 will embark on their first ever Global Tour titled, ‘NEW EVOLUTION‘.

The tour will kick off at Seoul’s Olympic Stadium on July 28th and 29th and will hit 10 cities in 7 countries throughout Asia, the Americas, and Europe.

2NE1 took the world by storm when they debuted in 2009 and continued with that momentum to become one of the most influential acts around today. Their unique style and sound has created a presence that can be felt worldwide.  In 2011, they won MTV Iggy’s “Best New Band in the World” award and headlined their first-ever concert where they performed all of their hits. The groundbreaking performance took them to Japan, where they completed a successful arena tour that brought out 70,000 fans to cheer them on.

2NE1 is ready to once again prove why they are one of the hottest global acts around by bringing the blockbuster ‘New Evolution‘ tour to their fans worldwide.

Choreographer Travis Payne, bandleader Divinity Roxx, stage designer Michael Cotten, and fashion designer Jeremy Scott have all come together to collaborate and work with 2NE1 for this tour.

Travis Payne, a four-time MTV Video Music Award winner for Best Choreography, including for Michael and Janet Jackson’s Scream M/V, will be in charge of production and choreography for ‘New Evolution’. Best known for working with Michael Jackson on his ‘This Is It‘ tour, Travis Payne has also worked with world-renowned superstars such as Usher, Beyonce, Madonna, Lady Gaga, and Jennifer Lopez.

Divinity Roxx, the musical director and bassist for Beyonce’s World Tour will be taking the helm as leader of the band joining 2NE1 during their world tour. Her charismatic stage presence has garnered her attention worldwide and she will be bringing that energy to 2NE1’s stage show.

Michael Cotten has provided production design for the Super Bowl, the Olympic Games, and Michael Jackson’s ‘This Is It’ tour and will bring his artistic vision to create an amazing production for the ‘New Evolution’ tour.

Famed fashion designer Jeremy Scott is recognized worldwide for his bold and striking designs. Recently voted as one of 31 most influential figures in fashion by Face Magazine, Scott has worked with artists such as Madonna, Rihanna, Lady Gaga, Beyonce, Kanye West and countless other celebrities. Continuing in the tradition of famous designers working with musicians on stage costumes, Scott will be styling 2NE1 for their upcoming tour and creating an all-new original collection for 2NE1 and their dancers.

With the ultimate dream team helping them to create the ‘New Evolution’ tour, 2NE1 are ready to exceed the expectations of their fans around the world. CL, Minzy, Dara and Bom are ready to satisfy the growing anticipation for this tour by putting on a world-class, blockbuster performance in each city they visit.  ‘New Evolution’ is guaranteed to be a tour that 2NE1 fans will never forget.

To purchase the tickets before they get all sold out, click on the link below now: