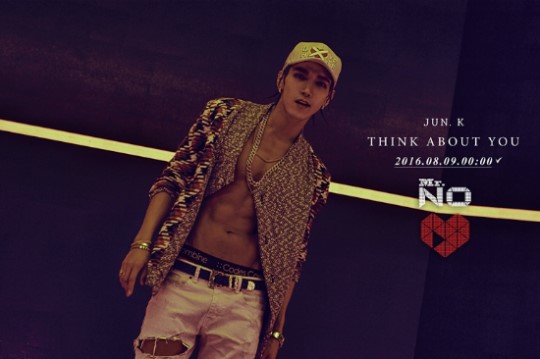 2PM’s Jun.K On His Album: “I Wanted To Challenge Myself As A Musician”

Ahead of its official release, the singer kicked off a showcase on August 8, where he shared his thoughts about the album.

The star expressed his feelings, by saying: “I’m also able to release an album after learning a lot from producer Park Jin Young. Apart from trendy music, I showed my real feelings through the album.”

The 2PM member also mentioned his memorable experiences with JYP Entertainment’s president, Park Jin Young. He said: “Around May and June of this year, I showed Park Jin Young my title track and he liked it the most. But I got a review as “too unfamiliar” during the monitoring stage. But I want to show my personality through this music. That′s why I sent an email to all the company staff saying I wanted to challenge myself as a musician.”

Hellokpop, as an independent Korean entertainment news website (without influence from any agency or corporation), we need your support! If you have enjoyed our work, consider to support us with a one-time or recurring donation from as low as US$5 to keep our site going! Donate securely below via Stripe, Paypal, Apple Pay or Google Wallet.
34
SHARES
FacebookTwitter
SubscribeGoogleWhatsappPinterestDiggRedditStumbleuponVkWeiboPocketTumblrMailMeneameOdnoklassniki
Related Items2pmJun.KMr. NO♡Park Jin Young
← Previous Story 2PM’s Jun.K Reveals His Last Relationship Was With A Non-Celebrity
Next Story → AOA Thanks Fans With Handwritten Notes On 4th Anniversary