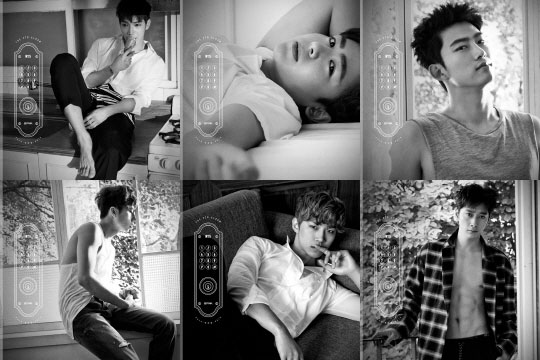 The day for 2PM’s comeback is just around the corner, and the group has just released a set of teaser images for its coming fifth album No.5.

On June 5, JYP Entertainment teased fans by posting the charming photos of each 2PM member via its official website and SNS accounts.

In the black-and-white shots, the boys captivate the eyes by striking simple yet seducing poses, exuding their masculine charisma with alluring gazes and well-built bodies. Moreover, the door lock in each photo highlights the new album’s lead track titled Our House, catching fans’ imagination that if they can enter the password, the 2PM members will be waiting for them behind the door.

The group is set to drop the No.5 album and official music video for their title song on June 15. They will have their first comeback stage at 9 pm KST through Naver Starcast on the same day.