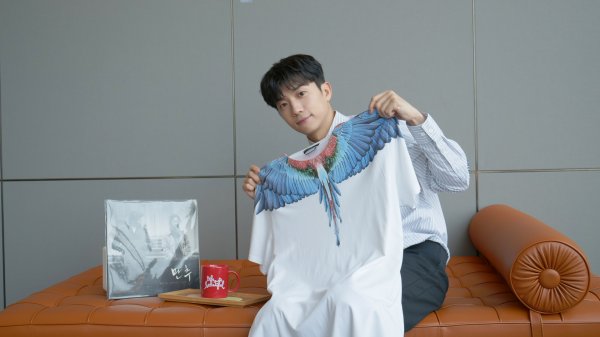 2PM’s Wooyoung is selling three of his most cherished items to raise funds for charity.

2PM’s Wooyoung has donated three of his favourite items which will be put up on sale to collect proceeds for the charity Green Umbrella Children’s Foundation.

Since June 26, the 2PM member has been carrying out a donation campaign through Box 337, an application that conducts a new concept donation challenge with celebrities and fans.

He donated three of his most cherished items, including a designer T-shirt from Marcelo Burlon, an OST LP from the 2010 film Late Autumn and a cup from the author “Mr. Brainwash.”

“It’s my favorite item, so I’m curious who it will be delivered to. We ask for your participation and attention,” Wooyoung said, encouraging fans to participate.

The sales of the 2PM member’s cherished items will run until July 15 at the Box 337 application. 100% of the proceeds from the sale of donated goods will go to Green Umbrella Children’s Foundation under Wooyoung’s name as well.

In February this year, the singer returned from his mandatory military service after enlisting in September 2018. He appeared on JTBC’s entertainment show Knowing Bros later on.

Moreover, he graced the channel of popular “Korean Grandma” YouTuber Park Mak Rye to show off his sense of entertainment. The 2PM member also engaged in various activities such as shooting a pictorial for the fashion magazine GQ Korea.