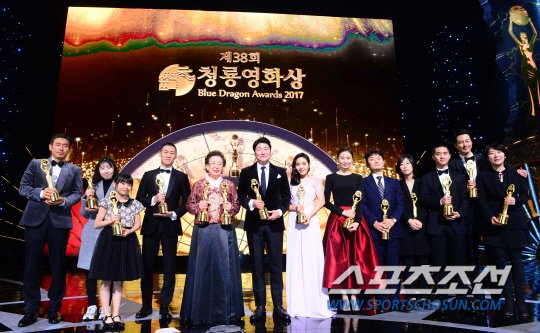 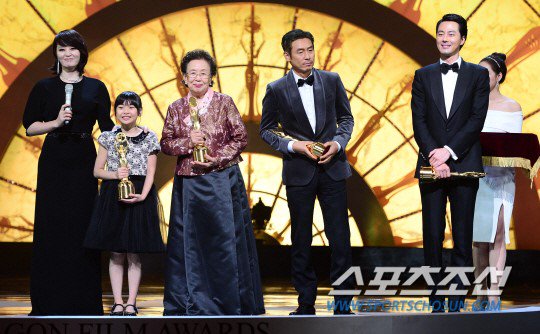 Interestingly, A Taxi Driver notched the Best Picture award but the directing honor went to Kim Hyun Suk for the film I Can Speak. It narrates the story of an elderly woman notoriously famous in the local office for filing complaints about wrongdoings that she notices in the community. She forms a heartwarming friendship with a civil service officer played by Lee Je Hoon. 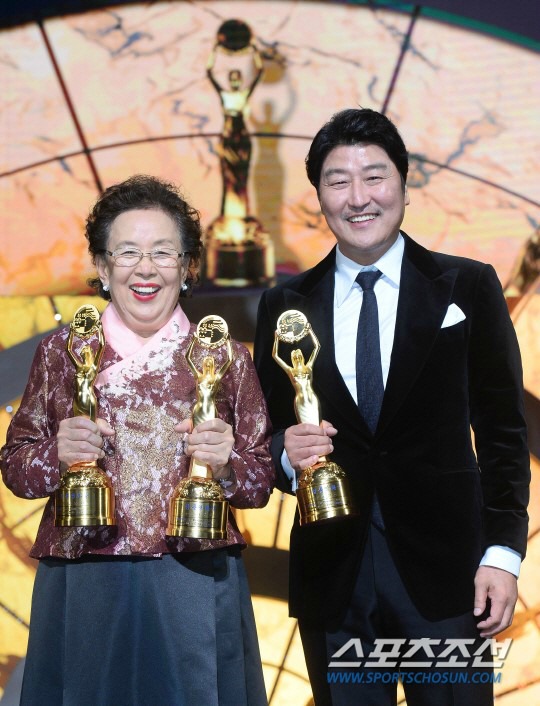 Veteran Actors Song Kang Ho and Na Mun Hee took the acting honors for their respective movies. EXO’s Do was hailed as best new actor  for his movie with Jo Jung Seok – Hyung. 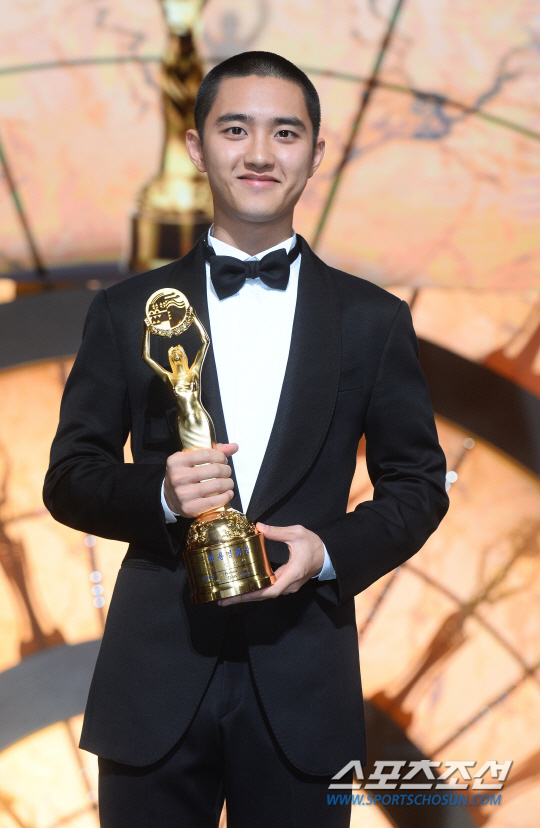 One of the highlights of the film celebration was when Cha Tae Hyun (The Best Hit) paid respect to the departed actors of 2017 which includes his good friend Kim Joo Hyuk. On a lighter note, popular actor Jo In Sung accepted Do’s award on his behalf, citing he made a drunk promise for the junior actor who came in late because of EXO’s concert. 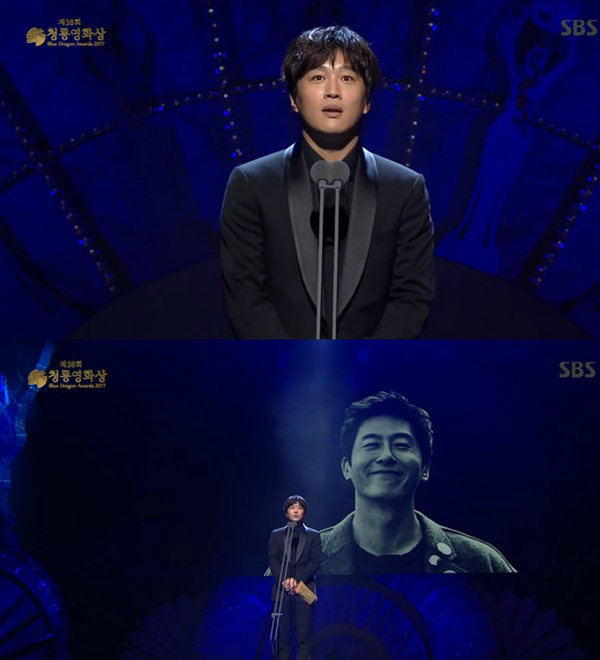 Here are the winners of 38th Blue Dragon Awards:

Viewers’ Choice for Most Popular Film: A Taxi Driver

Congratulations to the Winners of 38th Blue Dragon Awards!

We need your support! If you have enjoyed our work, consider to support us with a one-time or recurring donation from as low as US$5 to keep our site going! Donate securely below via Stripe, Paypal, Apple Pay or Google Wallet.
FacebookTwitter
SubscribeGoogleWhatsappPinterestDiggRedditStumbleuponVkWeiboPocketTumblrMailMeneameOdnoklassniki
Related Items38th blue dragon awardsa taxi driverexo doi can speakJo In SungKim Su-anna mun heeSong Kang HoThe KingThe Merciless
← Previous Story BTS’s New Remix “Mic Drop” Takes 47 Countries’ iTunes Charts By Storm
Next Story → Song Joong Ki Gains Weight After One Month Of Marriage?