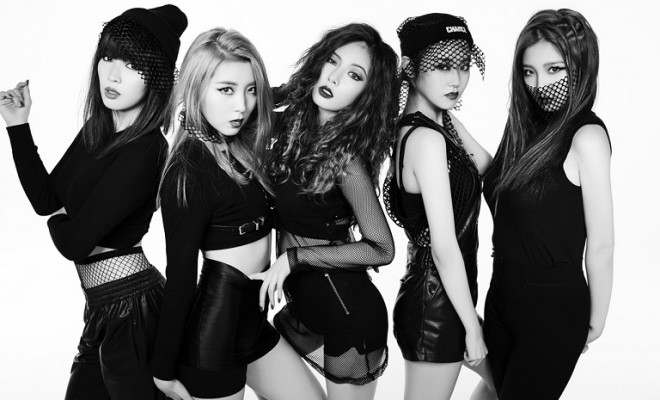 4Minute To Meet Fans In South America This November

4NIAs, prepare your wallets and banners as 4Minute will be kicking off a fan bash in South America next month!

According to Cube Entertainment, 4Minute is set to meet fans in South America through a tour titled 2015 4Minute Fan Bash in Latin America, making it the first K-pop girl group to launch a fan meeting tour there. 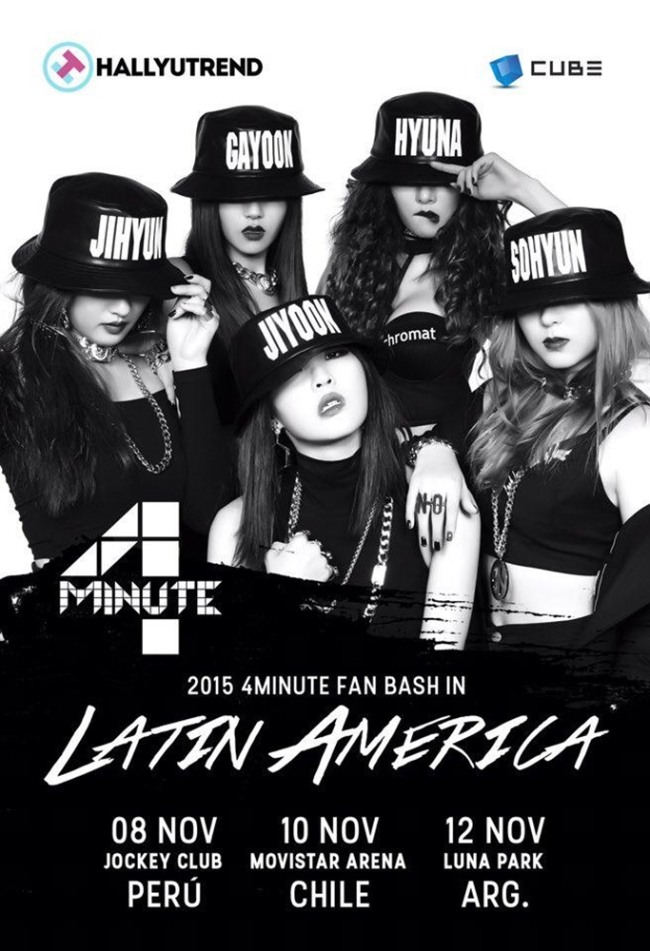 The tour will begin from Peru on November 8, before heading to Chile on the 10th and wrapping up in Argentina on the 12th. It is expected to attract about 10,000 fans in attendance, with a variety of performances and special events prepared for fans.

The group’s agency shared: “Performance requests from fans in South America have been pouring in. Look forward to what kind of event 4Minute will present in response to their request.”

With high-quality music, outstanding performances and unique charms, the girls of 4Minute have enjoyed overwhelming popularity in and out of Korea. Their latest title track Crazy dominated Chinese QQ Music’s weekly music chart for ten consecutive weeks, and the namesake sixth mini album took over Billboard’s World Albums Chart for the first time. They also held a successful fan meeting in Myanmar in April, garnering a huge turnout of 7,000 fans.