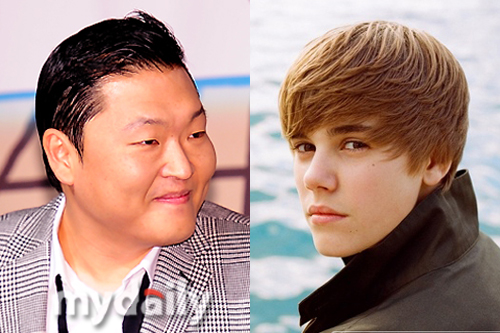 A growing friendship between Justin Bieber and Psy

On September 17th , Justin Bieber tweeted part of the chorus of Gangnam Style:

Justin Bieber then retweeted it, revealing their growing budding friendship on the internet. Psy recently signed with Justin Bieber’s manager Scooter Braun, who has been loving Gangnam Style since it appeared on YouTube. On the 18th, according to American Billboard Magazine Psy has been number two on the Hot 100 Chart for four consecutive weeks. Psy has been in the USA since the 19th to promote and work on his music activities.

During his stay in Australia, he performed on the famous audition program The X-Factor Australia, on Darling Harbour and on the morning show Sunrise.