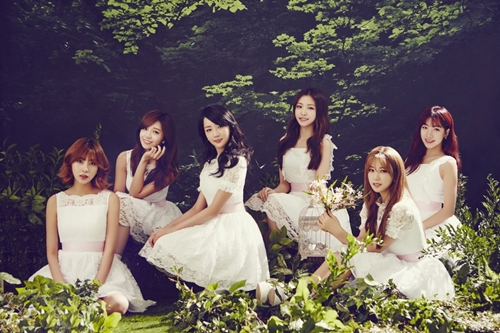 A Pink To Bring Fans ‘Brand New Days’ In March

According to ACUBE Entertainment on February 2, A Pink is set to drop its fifth Japanese single album Brand New Days on March 23.

Although the girls have already released four Japanese singles before, Brand New Days is their first original song for Japanese fans. The track conveys a positive message to the fans who are entering into the wonderful spring spirit.

As the title ‘Brand New Days’ suggests, the group shared about the song’s meaningful lyrics:

The lyrics fit for the new season and new life and it will be a song giving braveness and power to the listeners.

Especially, the song is chosen as the theme song of a Japanese animation, proving A Pink’s increasing fame in the country.

Ahead of the single release, a fan meeting titled PINK DAY WITH U will be held at Osaka Festival Hall and Tokyo International Forum Hall on February 17 and 20 respectively.

Are you excited over A Pink’s new Japanese release?

FacebookTwitter
SubscribeGoogleWhatsappPinterestDiggRedditStumbleuponVkWeiboPocketTumblrMailMeneameOdnoklassniki
Related ItemsA PinkBrand New DaysFan meetingPINK DAY WITH U
← Previous Story GFRIEND Chooses The Member Who Looks Most Different After Make-up
Next Story → Who Is The Artist Yoo Seung Woo Dreams To Collaborate With Most?