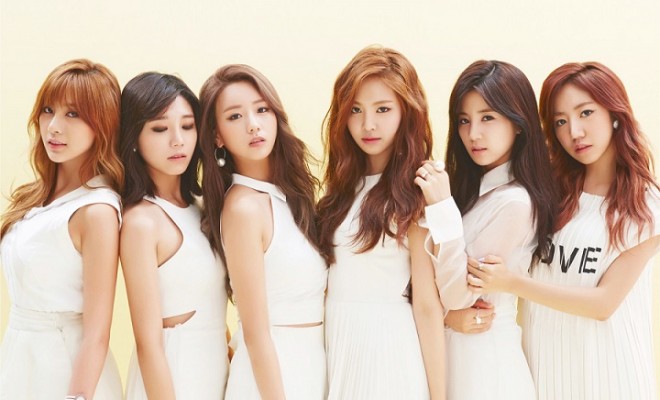 A Pink To Return With ‘Pink Memory’ Next Month

Pink Pandas, mark your calendar as A Pink will be making its highly-anticipated comeback on July 16!

On June 29, the six-member girl group uploaded two teaser images via its official Facebook account, announcing the exact comeback date with a simple message of Apink Comeback Teaser 2015.07.16, as well as the name of the group’s lead song, which is Pink Memory.

The photos give off a summery atmosphere with a bright and fresh feeling, as the girls are seen enjoying a glorious sunset sitting together on a beach. 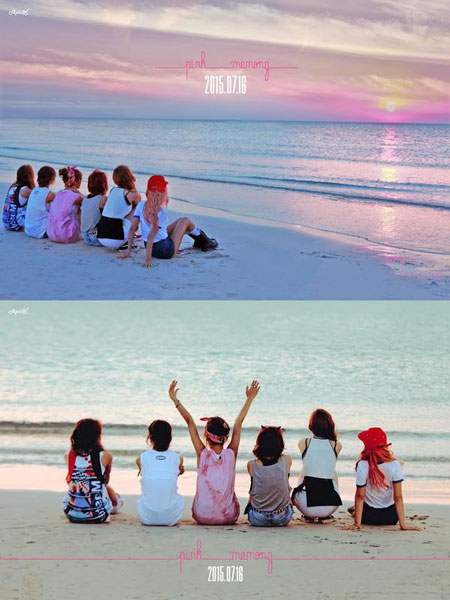 The group’s agency A Cube revealed:

The title song for this album will be ‘Pink Memory.’ It will be a song befitting July’s summer, with Apink’s innocent coolness.

We worked extra hard on this album. It is perfect in every way. Please look forward to it.

With A Pink’s comeback after a seven-month break, fans can look forward to a fierce battle among top K-pop girl groups during this hot summer period.