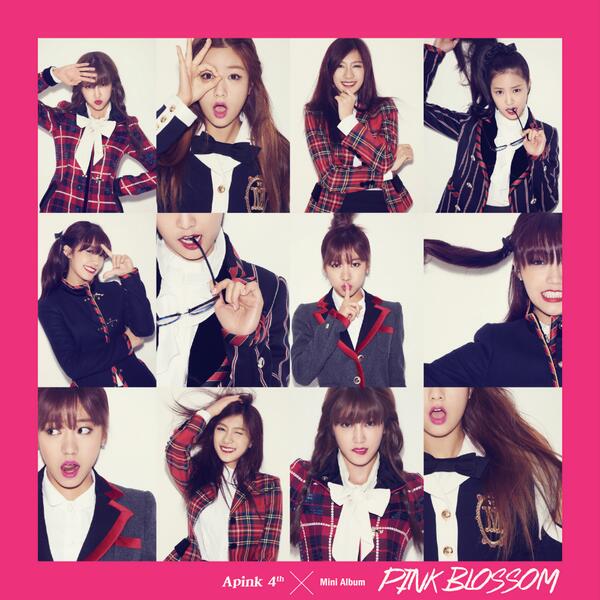 A Pink is set for a comeback with the release of a mini album Pink Blossom. For their fans, Pink Pandas, a teaser of their album photoshoot and a medley clip was released through ACube Entertainment official YouTube channel.

Through the photoshoot teaser video, the girls will be going towards a high school concept with various types of uniforms such as a checker-ed print coat. In the rolling music teaser, the upbeat tempo Mr. Chu is their comeback title track, with other songs which contain R&B and ballad melodies, bringing out the innocent and sweet concept. During the making of Pink Blossom, leader Park Cho-rong was involved in composing and lyrical writing for Love Fairytale and So Long.

The mini album will be released on 31st March through online music portals.

Check out the videos below:

FacebookTwitter
SubscribeGoogleWhatsappPinterestDiggRedditStumbleuponVkWeiboPocketTumblrMailMeneameOdnoklassniki
Related ItemsA PinkACube EntertainmentmedleyMr.ChuPark Cho RongPink Blossom
← Previous Story F.CUZ to come back with ‘One Love’ after 2 years
Next Story → 2PM confirmed for a comeback in April