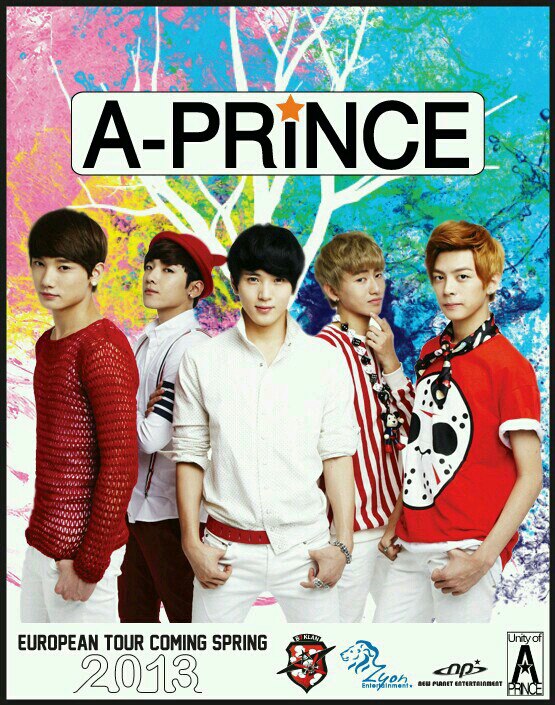 A-PRINCE to have a European tour in 2013

Almost a week after A-PRINCE‘s debut, New Planet Entertainment has announced its plans for a European tour for the group in Spring 2013.

A-PRINCE is composed of five male members, two of them, Sung Won and Min Hyuk, were previous members of TAKEN. TAKEN debuted in November 2011 and has received attention before from European fans.

With the upcoming tour, fans are already looking forward to meet Seung Jun, Woo Bin, Sung Won, Min Hyuk and Si Yoon. Meanwhile, the group is currently busy with their promotions for Hello.