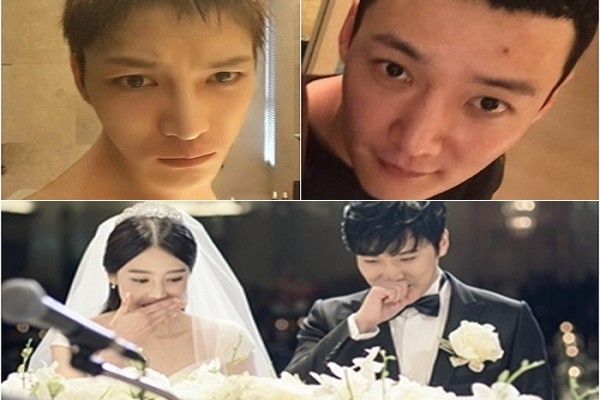 They quietly entered their respective camps at different training centers in Gyeonggi Province without any special fanfare.

Jaejoong is the first member of JYJ to enlist in the military. Despite his low profile enlistment at 2.15 pm KST, about 300 fans and reporters gathered to bid him farewell. The heartthrob will receive his basic training in the First Division recruits training center in Sinsan-ri, Gwangtan-myeon, Paju-si, in Gyeonggi province.

Meanwhile, Sungmin is the sixth member of Super Junior to join the army, after Kangin, Hee Chul, Leeteuk, Yesung, and Shindong. He will be in the 17th Division in Bucheon, Gyeonggi Province for his training before serving as an active duty soldier. Sungmin was accompanied by his wife Kim Sa Eun and around 100 fans on his send-off.

As for Choi Jin Hyuk, he joined the 30th Division of recruit training center at 2 pm KST.

After going through the basic training, the three will be sent to other bases for their remaining period of national service. They are expected to be discharged from the army on 30 December 2016.