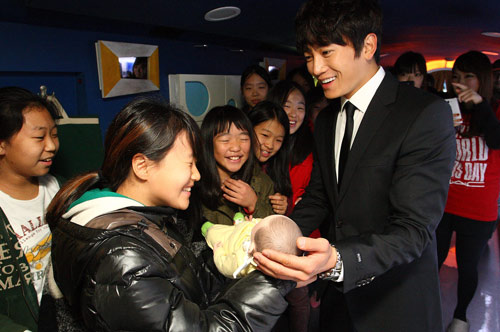 Actor JiSung has been selected as the ambassador for MAC AIDS Fund.

MAC AIDS Fund is a campaign by the internationally well-known make-up brand MAC and it aims to educate the people in the country about AIDS.

JiSung had empathy towards the cause that MAC AIDS Fund was trying to achieve and became the first Korean ambassador for this campaign. Lady Gaga and Elton John are some of the other ambassadors too.

On November 14th, JiSung went to Seoul’s Chunggu Elementary School to help with the adult education and met with the students there. JiSung stated, “Recently there’s been a big problem with the rape of young children. As I have this meaningful position of such an  ambassador, I want to be able to teach these children the correct information about boy-girl relationships.”

JiSung is currently acting in SBS drama The Great Seer, with his movie releasing on December 6th titled, My PS Partner (나의 PS파트너). 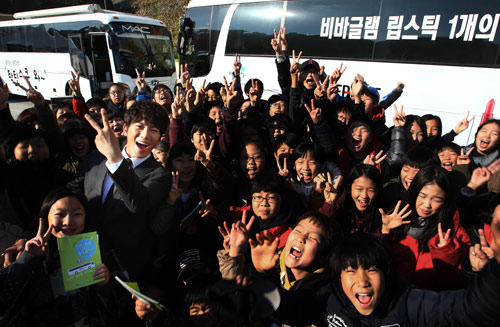