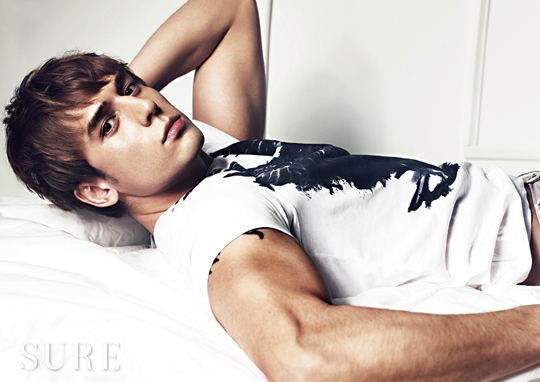 Actor Julien Kang was not on drugs when strolling in underwear

The Korea Herald reports that actor and model Julien Kang was not under the influence of drugs on September 25th, when he was caught by the police while walking around half-naked in the busy streets of Gangnam.

A worried pedestrian called the police when he spotted Kang walking around in only his boxers. The police at the scene didn’t detect any traces of alcohol, so they suspected drug influence.

Today it was confirmed by the National Forensic Service that Kang was not under the influence of drugs. The YouTube video of the scene quickly went viral, and many were wondering why Kang was on the streets in his underwear.

Kang is a famous Korean-French entertainer who speaks Korean fluently, and was also featured in the popular TV show, We Got Married.