Photos of actor Kang Ji Hwan ‘sleeping’ with a woman have surfaced online together.

An unidentified woman, who took photos with the Big Man actor sleeping, uploaded the photos onto her Facebook. The photos quickly went viral in Korea.

The photos were posted with the caption: ‘..together sleep with Korean actor (censored) [sic]’ 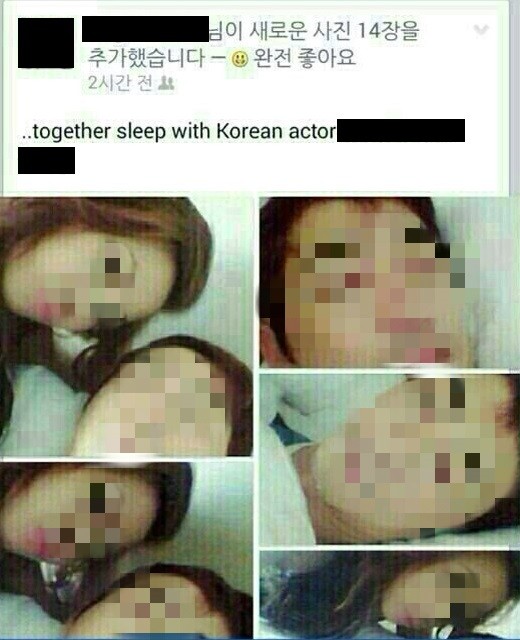 Kang Ji Hwan’s representatives quickly responded, saying that the photos were a ‘joke’.

“The woman in the photos is his guide’s wife. He took the photos on the night of the 10th, and it seems she posted them this morning,”

The representative also said that the actor ‘quickly’ became friends with his tour guide and the guide’s wife.

“The photos were taken for fun, and they’ve now become trouble.

“The woman who posted the photos is currently very apologetic, and she said that she would post a message about it on Facebook.”

The actor travelled to the Philippines due to a photo shoot for SURE magazine.

*Note: We have blurred the photos to protect the identity of the woman.