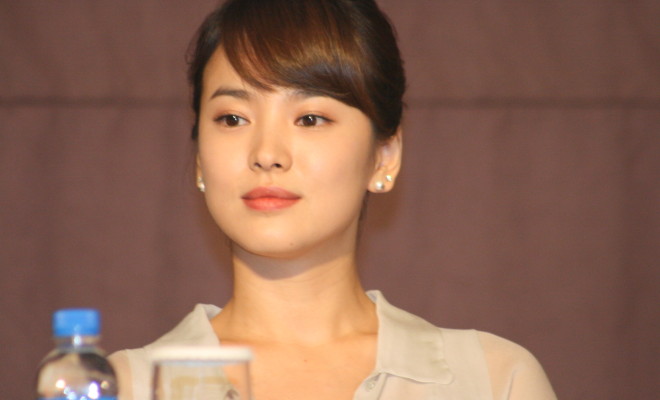 Top actress Song Hye Kyo has apologised after being caught out for evading more than $2.5 million in taxes.

It is reported that she paid the omitted taxes in 2012.

Song said that she “deeply regrets mishandling her tax affairs due to ignorance.”

The actress said that she was not unaware that her account had under-reported her earnings until the tax authorities told her in 2012 that there were insufficient documents to support her tax-deductible expenses.

The case was brought to public after the National Tax Service said it was investigating a top actress with the name ‘S’.

The tax authority said it had started a probe into the income taxes of actress ‘S’ for the past three years, not the normal five, when they found out in 2012 that she had evaded taxes.

In response, a representative of the National Tax Service said, “I am aware that the matter was already settled by collecting the fees.”

“The related tax officials have been referred to the disciplinary committee.”

Later that day, it was confirmed by a local newspaper that Song Hye Kyo was the actress in question.

The scandal has led the public to an uproar, which is expected to hurt the actress’ usual clean-cut reputation. Song Hye Kyo will soon premiere her new movie ‘My Brilliant Life.’

DISCUSSION: Tell the hellokpop Community HERE what you think about Song Hye Kyo evading taxes and you could win free K-pop albums.