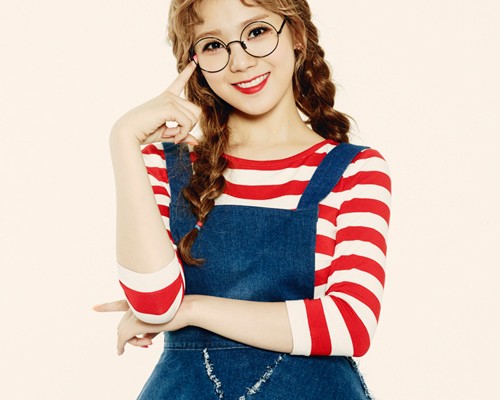 After School’s Lizzy to Kick Off Solo Debut

After School and Orange Caramel member, Lizzy, has confirmed to embark on her debut as a trot soloist on KBS1’s singing program National Singing Contest by dropping her first solo digital single I′m Not an Easy Girl on January 17, Mwave reported.

Lizzy’s agency, Pledis Entertainment, announced: “Lizzy, who has continuously teased her upcoming solo promotions to several news outlets, will be making her solo debut on January 17 on KBS′ National Singing Contest, the first time for an idol group member.”

After a successful year in 2014 promoting big hits Catallena and My Copycat as part of After School’s subunit Orange Caramel, Lizzy will be having a busier year in 2015 due to her coming solo debut, as well as her new role as the host of OliveTV’s food show Tasty Road.

Lizzy is set to release the digital single album I’m Not An Easy Girl on January 23 and begin her solo promotions after her first performance on January 17. She hopes to gain love from older generation audiences, as well as drawing the attention of fans in all age groups.