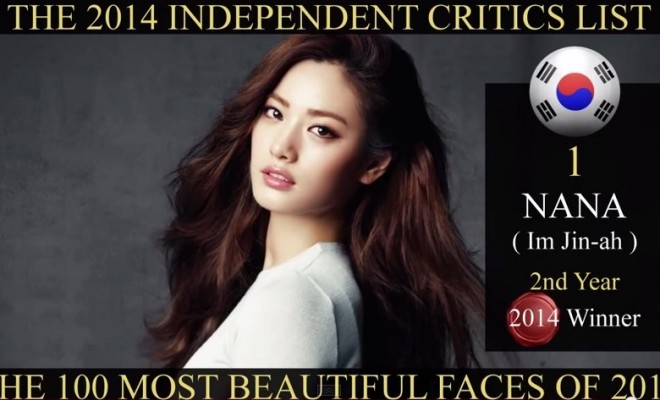 On December 27, U.S. film critic magazine, TC Candler, revealed its The 25th Annual Independent Critics List of the 100 Most Beautiful Faces – 2014. After School’s Nana took the first place on the list.

The Independent Critics List of the 100 Most Beautiful Faces has been published every year since 1990. It is an international list that includes different cultures, lifestyles, professions and degrees of fame. The list uses millions of suggestions submitted every year, and tries to compose a list representative of the modern ideal of beauty.

Check out the video countdown of the 100 Most Beautiful Faces 2014 below: