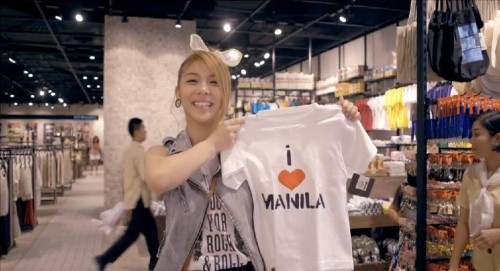 Korean Pop Star Ailee says she loves Manila as she goes on to promote Philippine tourism to fellow Koreans with her 8-video plugs released in various social networking sites on June 12, which is the Independence day of the Philippines.

On April 7, Ailee confirmed in a tweet that she was on her way to Manila but none of her fans knew the reason for her visit back then. It was later revealed to be a 3-day shoot and adventure trip for the singer, as she visited tourist spots in the capital city for her promotion of Philippine tourism in Korea.

Koreans are the top foreign visitors of the country since last year, and having Ailee, a popular Korean pop solo singer as the ambassadress of Philippine tourism to Korea is an added value.  During her trip, she visited Mall of Asia, Intramuros, Bonifacio High Street and the famous Seafood Paluto Restaurants along Macapagal Boulevard.

Looks like she did not only enjoy filming but also the warm welcome of her Filipino Aileeans as she uploaded her photo with them before she left the country. 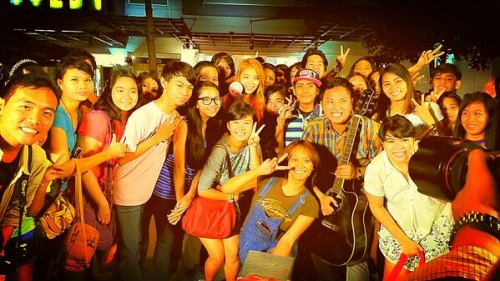 For foreigners who intend to visit the Philippines, you may check the website at funtrip2manila for more details and tips from Ailee! There are also two ongoing events with a chance to win amazing prizes!

To be able to view the full features of the interactive site, you must enter the correct number code. Watch the video and find the answer here: Philippine Tourism

Ailee, is a South Korean born in Denver, Colorado. She debuted in the kpop music industry under YMC Entertainment on February 08, 2012 with her single Heaven, giving her the ‘Song of the Month’ and ‘Rookie of the Month’ in the Cyworld Music Awards.

Check out her debut single below: