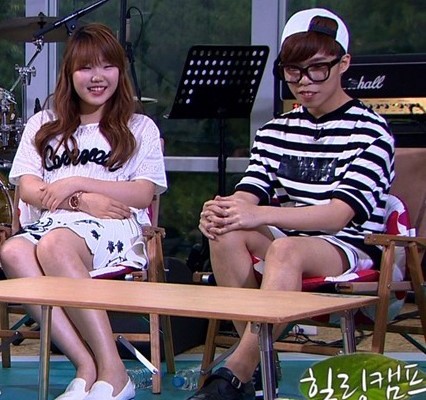 On December 29, the talented brother and sister duo, Akdong Musician, made their appearances on the TV talk show of SBS’s Healing Camp, Kpop Herald reported.

During the show, when MC Kim Je-dong asked about the speculated prohibition of having plastic surgery in the siblings’ contract with YG Entertainment, Lee Chan Hyuk of Akdong Musician replied: “It is true. My parents also wanted us to be as we are now, so we decided not to have plastic surgery.”

He also added: “I think that many fans like us due to our appearance”, bringing out much laughter from fellow guests.

Akdong Musician debuted under the management of YG Entertainment, consisting of siblings Lee Chan Hyuk and Lee Su Hyun. They gained popularity after winning the second installment of K-pop Star series back in 2012.