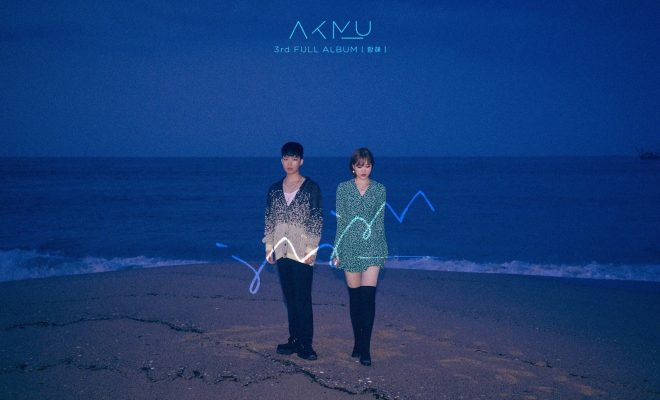 Akdong Musician To Sail Around South Korea For Their Solo Concert

Brother and sister duo Akdong Musician are off to a music voyage!

Nation’s siblings, Akdong Musician preps to hold concert series starting December. Since this will be the largest event to happen ever since they debuted, fans are so ready for the anticipated music cruise.

On November 12, 11AM KST, YG Entertainment dropped the announcement of AKMU’s concert schedule on their official social media accounts.

Titled 항해 (meaning voyage), fans are looking forward to check-in with the duo in a refreshing journey. 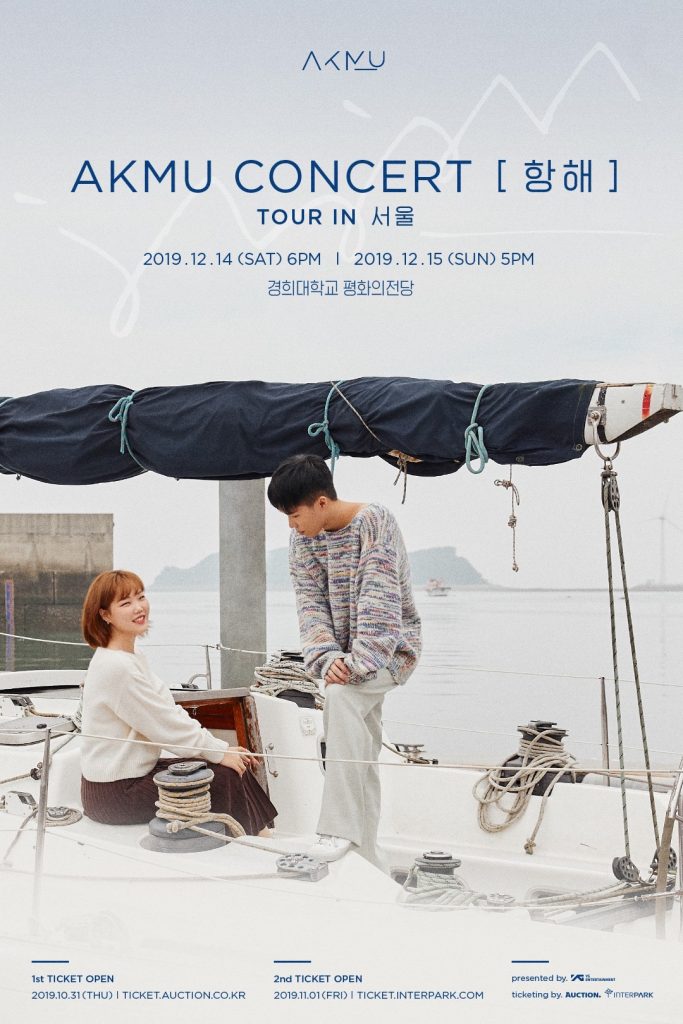 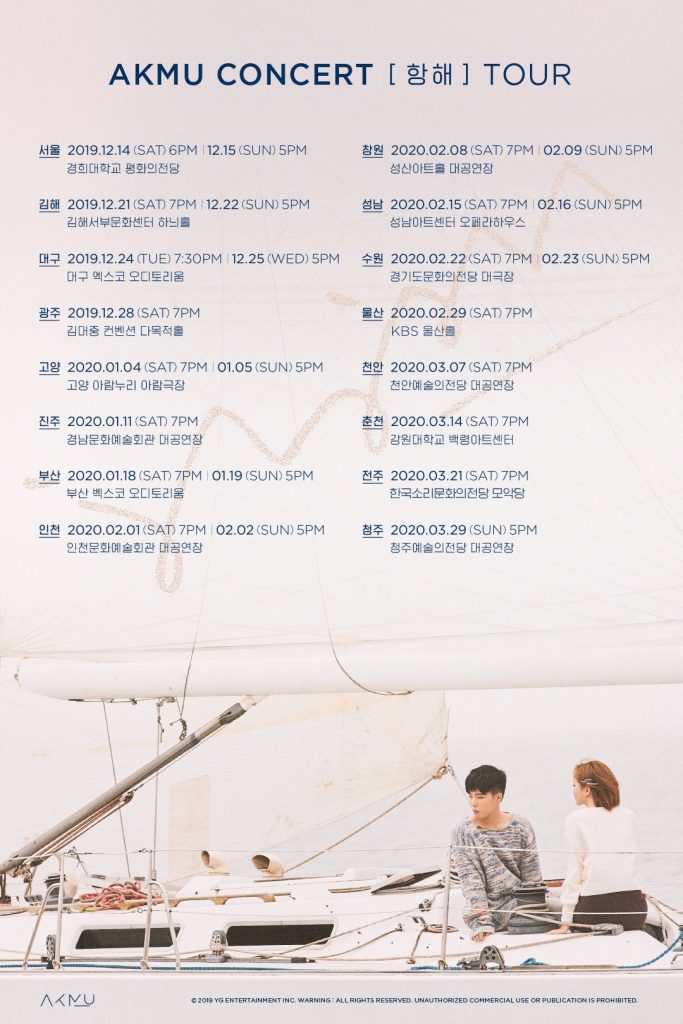 The concert tour was made possible due to the over pouring wishes of AKMU and their fans. Ignited by AKMU’s “I would like to visit more people across the country,” fans gushed out their support, inquiries and requests for additional concert schedules.

Meanwhile, Akdong Musician made its comeback debut with their Sailing album on September 25.

The album’s title track “How Can I love The Heartbreak, You’re The One I love” won three times on Gaon Chart for the month of October. Moreover, the album topped vaeious music charts for 50 days since its release. 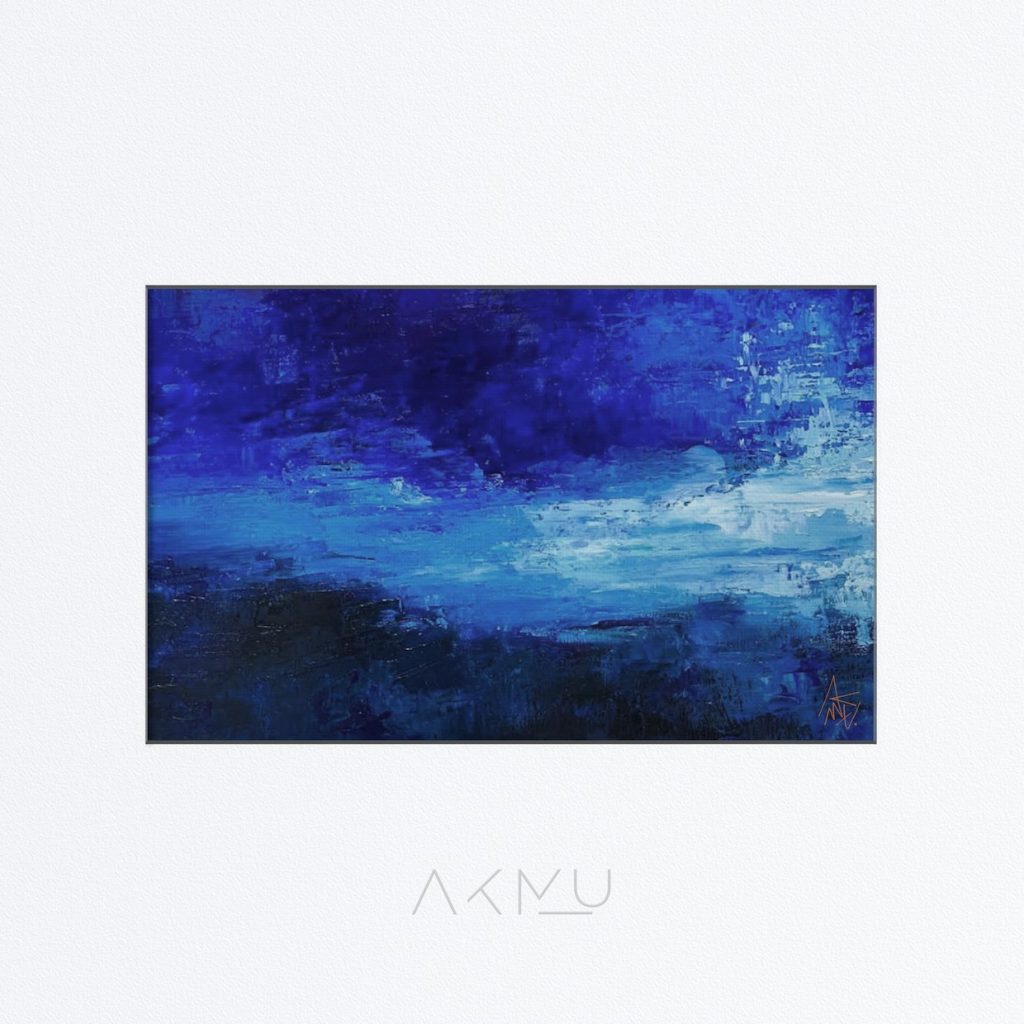 Likewise, the duo’s upcoming tour will definitely be one of its kind. Historically, two years ago, “AKMU Diary” concert sold out up to it’s eighth day.

It resulted to extend their performance for two more days. With such success, the Lee siblings proved its well-established performer power. Supporting that is the massive turnout of over 30,000 people, who attended their concert held in Seoul’s Hangang Park in September.

Working hard for the concert preparations, AKMU will give fans beautiful and meaningful performances. With a variety of their hit songs and latest release Sailing, Akdong Musician’s upcoming concert will definitely be a great gift for their fans this Winter season.

Tickets for AKMU’s Kimhae, Daegu, Gwangju, Goyang, Jinju and Busan concerts will be available through Interpark tickets from Friday, Nov 15.

FacebookTwitter
SubscribeGoogleWhatsappPinterestDiggRedditStumbleuponVkWeiboPocketTumblrMailMeneameOdnoklassniki
Hellokpop, as an independent Korean entertainment news website (without influence from any agency or corporation), we need your support! If you have enjoyed our work, consider to support us with a one-time or recurring donation from as low as US$5 to keep our site going! Donate securely below via Stripe, Paypal, Apple Pay or Google Wallet.
Related ItemsAkdong MusicianAKMUAKMU concert
← Previous Story K-Drama First Script Table-Read: Nam Goong Min & Park Eun Bin’s “Stove League”
Next Story → Ryu Jin Renews Exclusive Contract With Blue Dragon Entertainment