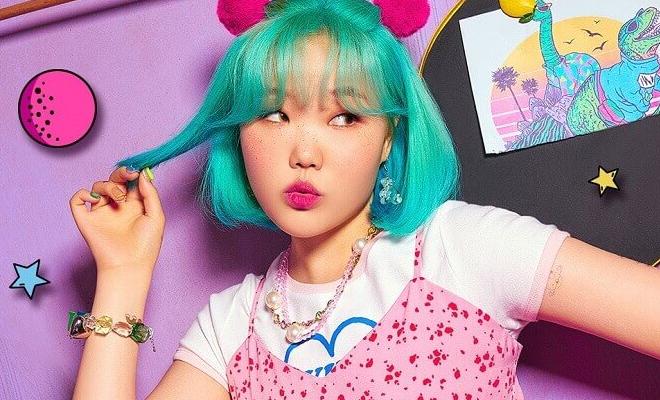 After 6 years of singing onstage as Akdong Musician, Lee Suhyun takes on another challenge as she releases her solo debut single “ALIEN”.

Described as a unique and cheerful song, this gave Lee Suhyun an opportunity to try new things, both in the aesthetic and music aspects. The song is about a mother, who reveals a secret to her low self-esteemed daughter in order to give her courage and confidence. Soon, the daughter discovers her real identity as a super alien and starts her journey in “shaking” the world.

On August 11, AKMU announced that it will release songs in three new formats until the end of the year. Teasing the fans, it continued to share that the songs are now at their finishing touches. Raising the anticipation at the very top, it also said that the songs will portray their own unique colors and diverse musical prowess.

More than a month after, YG Entertainment released a mysterious poster that said “Who’s Next?”. The poster made fans curious about what’s under the sleeves of one of the Big 3 entertainments.

The young cool pitched singer then followed with a title poster for her first single entitled “ALIEN”. Receiving much attention from the public was the galactic theme of the single.

Not long after, a credit poster was unveiled with Lee Suhyun in mint-colored hair, a funky outfit with cute accessories. The credit poster reveals that her solo debut track was co-written by her brother, Lee Chanhyuk, who is also the other half of AKMU. Lee Chanhyuk also wrote the lyrics for the song.

Lee Suhyun looks lively and stylish with a colorful character teaser video released on October 12. She is seen answering the question “What do I like?”, with witty responses and adorable facial expressions.

Fans then got to see a glimpse of Lee Suhyun’s solo debut song with a lyrics poster revealed on the midnight of October 13. Curiosity was surely aroused as the poster included the lyrics “An alien who was born like a secret in the deep and cozy darkness.”

In the morning of the same day, Lee Suhyun shared a video sampler for her solo debut. The sampler shows the young singer gleefully jumping and energetically dancing to a glimpse of her song.

And to make fans’ curiosity get on top of the heights, a music video teaser was released starting off with a name tag that says “Hello. My name is… ALIEN.”

Suhyun holds an alien trophy similar to the mysterious poster that was dropped by YG Entertainment in late September. The music video teaser continued with a comic-like visual and galactic-theme aesthetics.

Suhyun looks quite daring yet cute at the same time as she poses for a D-1 poster for her solo debut.

In the morning of the same day, a choreography spoiler was released, piquing the interest of many. Similar to the outfit Suhyun has on the D-1 poster, she gives a glimpse of her song’s choreography with back-up dancers.

Consecutively, a D-1 counter was also released, showing Lee Suhyun holding a toy gun with cute colorful stickers on each side.

Finally, Lee Suhyun looked dazzling as she posed for a D-Day poster, signaling the “arrival” of the unique voiced singer.

Right after, a prologue video was released with a short introduction to Lee Suhyun’s “alien” life. Lee Suhyun shared that she loves a lot of things like sleeping, playing games, and eating Hawaiian pizza, mint choco ice cream, and durian. The prologue video also mentioned that Suhyun gets drown in the taste of durian to which she made durian repellants for her friends.

As seen in the music video, Suhyun looks stunning with her mint-colored hair and humorous costumes and accessories. What made this solo debut even more fun was her take on performing dynamic dance moves.

AKMU as a genre-breaking sibling duo

AKMU officially joined the Kpop industry in 2014 after participating in SBS’ Kpop Star 2. Lee Chanhyuk and Lee Suhyun became a precious gem in the Korean music scene for their clever songwriting.

With AKMU’s ability to depart from mainstream K-pop, the sibling duo gained popularity as many found them unique. Their music ranges from slow mellow love songs to witty and humorous subjects of a person’s everyday life. 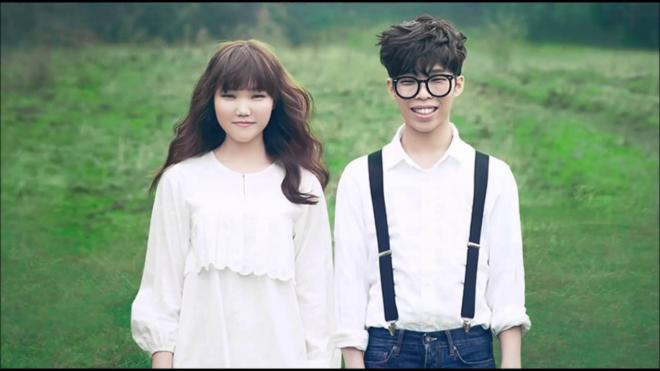 We definitely can’t wait to witness what’s next for this ground-breaking duo in the remaining months of 2020!