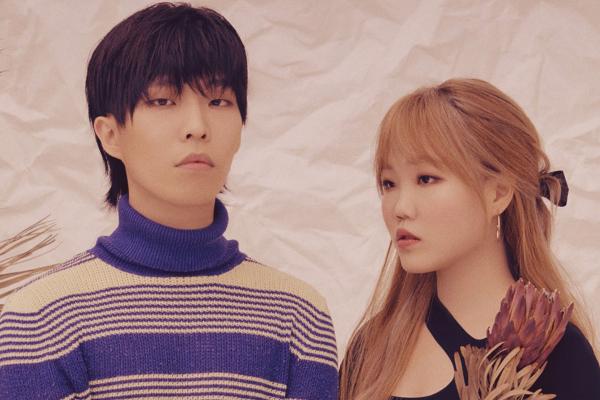 Everyone is thrilled as AKMU unveils a star-studded tracklist for their collaboration album NEXT EPISODE. 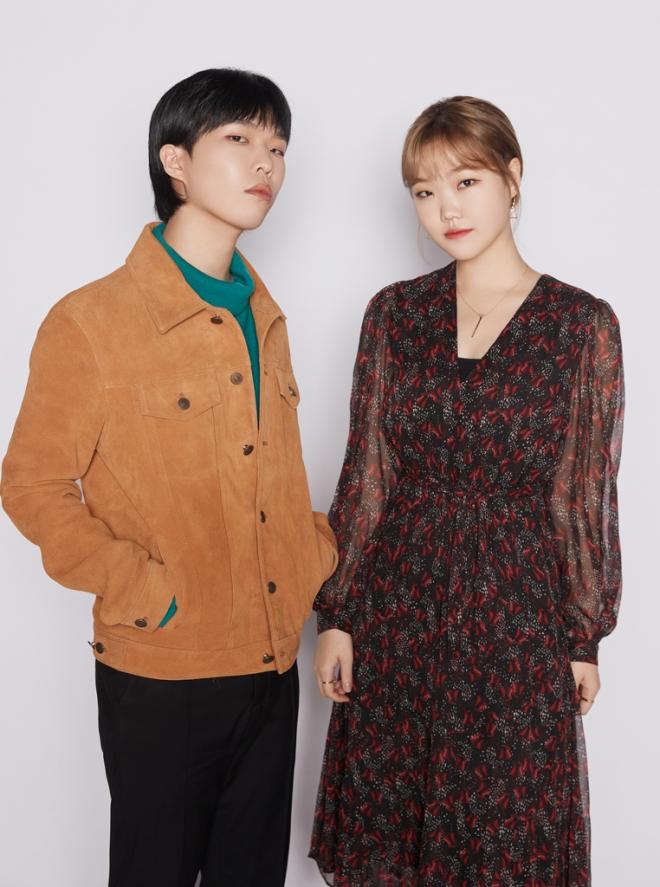 AKMU’s collaboration album NEXT EPISODE consists of a total of seven tracks. Seeing the whole list heightened fans’ expectations as it featured names of renowned artists in the Korean music industry. 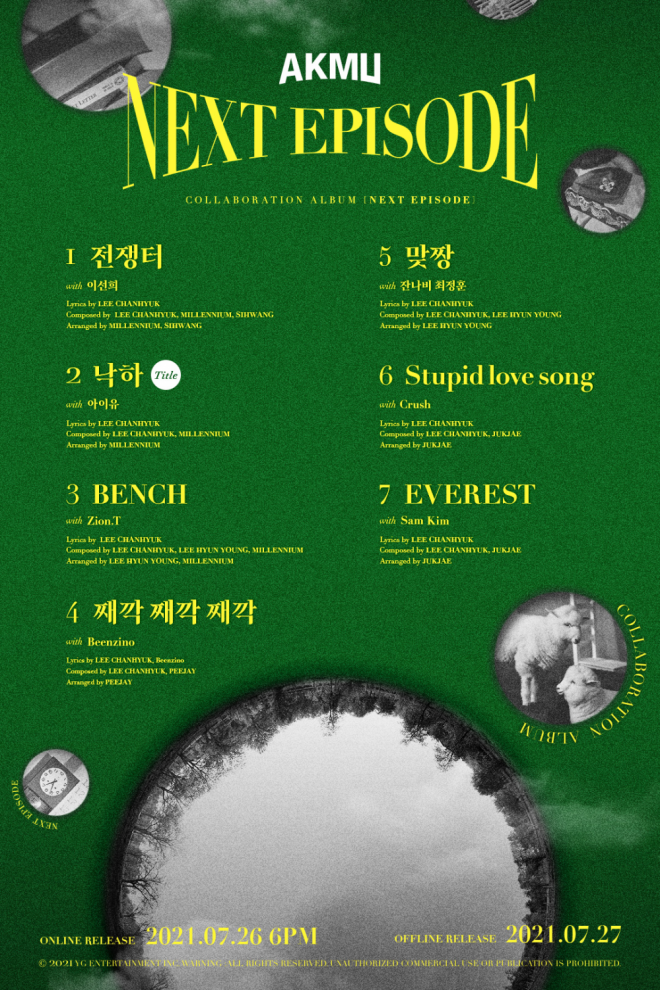 In particular, the first track “Battleground” is with Korea’s National Diva, Lee Sunhee. The title track “Falling off the ground” will feature the golden voice of the Nation’s Little Sister, IU.

Additionally, famous rappers Zion.T, Beenzino, and Crush will decorate the album with their groovy tones through the songs “BENCH,” “Ticktock Ticktock Ticktock,” and “Stupid love song,” respectively. Jannabi’s vocalist Choi Junghoon will lend his attractive vocals with “Fight,” while AKMU will have singer-songwriter Sam Kim for “EVEREST.”

All tracks include the name of AKMU’s official lyricist and composer Lee Chanhyuk on the credits. Powerful producers also lend a hand to the creation of the album. This includes Millenium, Lee Hyunyoung, Beenzino, Jukjae, and PEEJAY.

Accordingly, the poster’s design itself stimulated fans’ curiosity. The general audience has grown curious about the meaning of the black and white images in circles that surround the mysterious green background.

AKMU consists of talented siblings Lee Chanhyuk and Lee Soohyun. Remarkably, the sibling duo never failed to dominate local and worldwide charts in their every release. Debuting in 2014 with the album Play, the two had attracted lots of fans due to their songs’ fresh lyrics and catchy tunes. Specifically, their debut album claimed the No.1 spot on Gaon Charts and placed No.2 on Billboard’s World Albums Chart.

Meanwhile, NEXT EPISODE will be released on various music sites on July 26 at 6 PM KST.