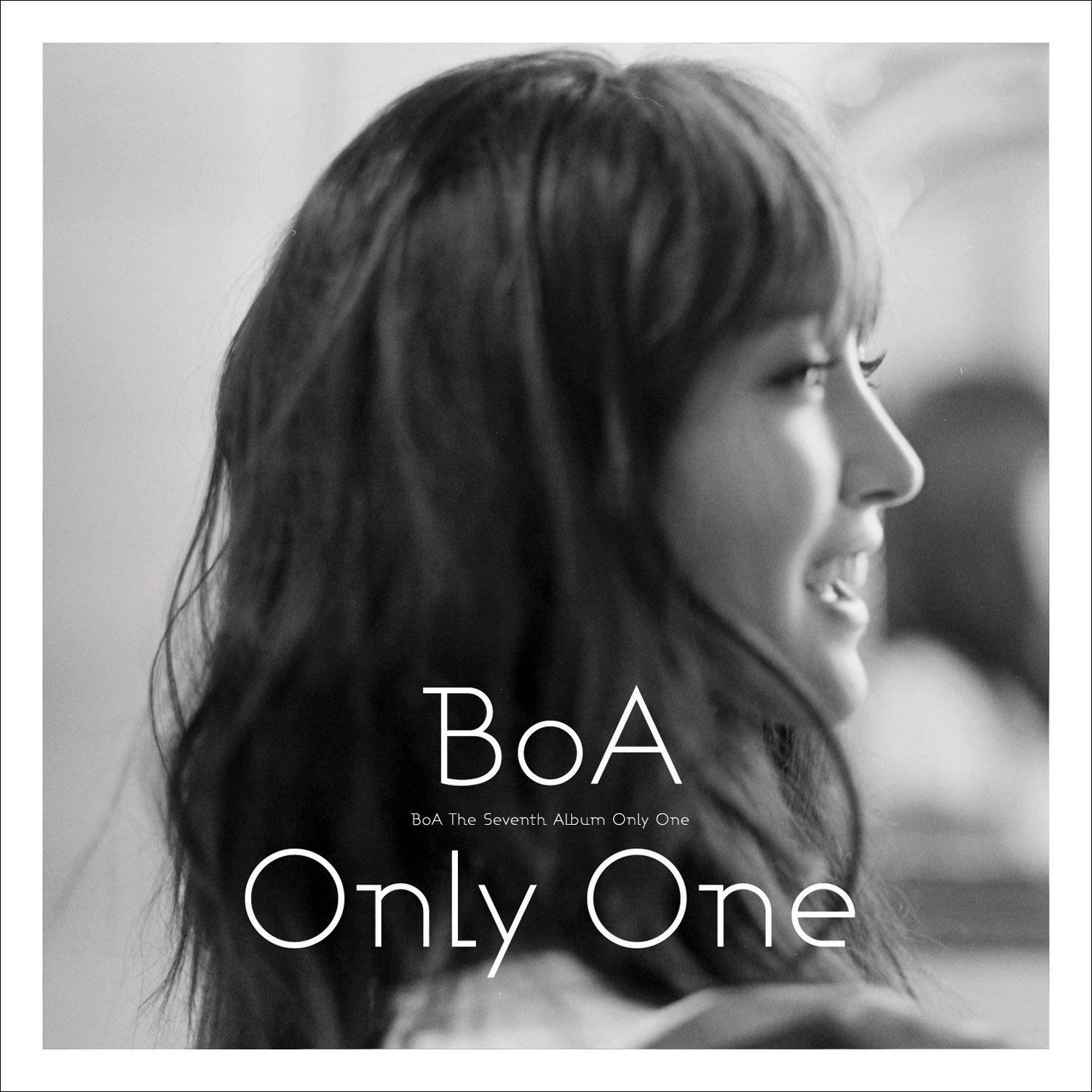 Album Review: BoA – Only One

A BoA release these days is something of an event. Her name is big enough (and the releases infrequent enough) to shake up the scene when one happens – this has been especially true after My Name (2004). So it’s curious that Only One, the 25-year-old’s seventh studio album, comes bite-sized at just seven tracks; for comparison, SHINee‘s Sherlock, (same agency, of course) earlier this year also contained seven tracks and was billed as an EP. Given the artist’s history, one would expect BoA to be more ambitious there.

The downsizing isn’t limited to just song count however, Only One is BoA’s leanest, lightest album in years. Gone are much of Hurricane Venus‘s (2010) aggressive synthtones and abrasive textures. For the most part, the tempo is slower, but the sound is more nimble. Along with the smaller album size, these feel like early signs that BoA is approaching the album with less pressure than before – feeling no need to employ shock value or to cause tectonic shifts in the industry.

Make of that what you will, but in the immediate run, that attitude is conducive to the album. Titular lead single, Only One, is BoA’s lightest since Atlantis Princess (2003), eschewing the aforementioned aggression and abrasiveness for an acoustic approach featuring piano loops, soft-hitting beats, and subtle synth embellishments. There’s not much instrumentation other than that; this is pretty austere hybrid pop, and BoA’s singing also takes off the edges to keep up. The song was composed by BoA, and she seems to have a good feel for writing attractive refrains. Although the structure is rather simplistic and the tasteful arrangement should be credited, Only One thrives on the easygoing melody. It’s a pleasant, if not overly impressive, departure from her previous lead singles.

The pop-ballad duo of 네모난 바퀴 (Hope) and Mayday! Mayday! strengthen that departure. The former, which is yet another botched title translation owing to SM Entertainment‘s regrettable policy of dumbing down titles (the original means Square Wheel), is a lively ballad with scale in its ponderous piano beat and magnanimous chorus. The lyrics don’t appear at first glance to be BoA’s own story (it certainly wasn’t written by her), but still tell an empowering reflection in beautiful prose. The latter is stylistically reminiscent of the ballads in Girls On Top (2005), what with the string-heavy accompaniment and traditional progression, but it’s especially notable for the vocal line – it’s composed of low keys throughout (in what happens to be BoA’s best range), and she performs with flair and power. None of the ballads here are memorable wonders like Hurricane Venus’s Implode, but that’s just as well given the direction of the album.

The uptempo tracks are fairly solid, even without help from the heavy electronica soundset. The Shadow and Not Over U, the better two, are both departures from SM’s recent direction, and in a way, both are retro-oriented. The Shadow‘s breathless chorus and conspicuous string hits give it that flavor, while tantalizingly seductive Not Over U is closer to techno than pretty much anything BoA or her agency has done in a decade. The artist’s vocal penchant for making even mundane dance tracks into above-average ones is well-documented, and given these above-average tracks, she stops just short of spectacular – the rhythmic pulsing and mood shifts of BoA’s voice in The Shadow remind us why she’s still the nation’s premier soloist. Of course, the trademark SM polish is ever present as well, keeping songs sounding smooth despite complex constructions.

Frankly, I do still want to see what BoA can do in an album firing on all cylinders. And I think we will see that at some point again. In the meantime, Only One works because of BoA’s unflinching confidence in herself and her music. She sings with deftness and comfort even as she fills up a studio release with high-quality but low-impact tracks. This is what separates an album that’s “unambitious but solid” from one that’s “solid but unambitious”; Only One is definitely the former. This album does not present substance marred by disappointment, but rather confidence bolstered by substance. There’s a very particular kind of satisfaction in listening to a confident veteran’s art.

We need your support! If you have enjoyed our work, consider to support us with a one-time or recurring donation from as low as $5 to keep our site going! Donate securely below via Stripe, Paypal, Apple Pay or Google Wallet.
FacebookTwitter
SubscribeGoogleWhatsappPinterestDiggRedditStumbleuponVkWeiboPocketTumblrMailMeneameOdnoklassniki
Related ItemsBoAHenryKeyOnly OneReviewSHINeeSM EntertainmentSuper Junior-M
← Previous Story INFINITE release summer concert teaser
Next Story → Jung Il Woo opens fan club in Japan