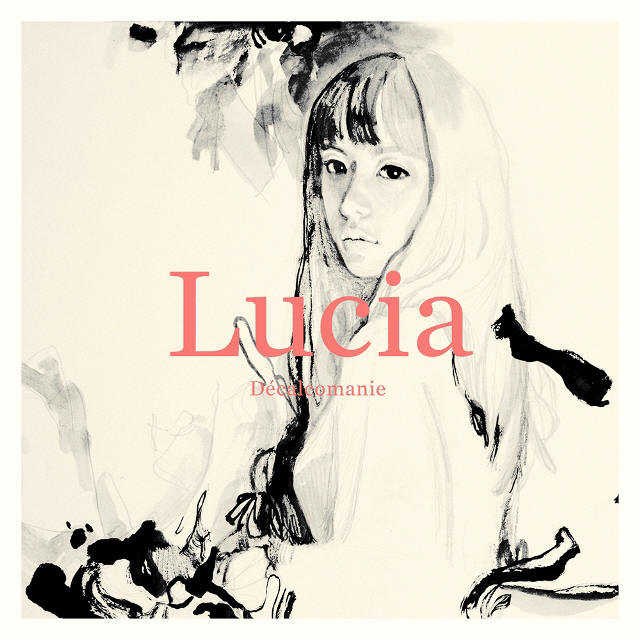 I was really, really high on Lucia’s 자기만의 방 (A Room of One’s Own) last year. It was generally well-received, but as far as I’m aware no one else gave it anything as high as my 4.5-star rating. I still abide by that review, but perhaps that is a disclaimer that’s needed before I start talking about D­écalcomanie.

So Lucia is back with this ten-track EP. (You read that correctly – ten. For an EP.) This time, the entire album is hers; label mates like Epitone Project and Sentimental Scenery took a back seat, as Lucia composed and wrote each song in Décalcomanie.

With that level of control comes a new-found consistence. This album is, even on first listen, a lot more cohesive than A Room of One’s Own. The instrumentation remains more or less homogeneous – primarily piano- and string-based, always pleasant and played straight at some times and jazzy at others, then some sprinkles of other acoustics.

But what really makes Décalcomanie come together are the motifs. Lucia has said that the album’s theme is ‘exhilaration’, and her greatest success in this work bringing that emotion to life musically. This is found in voluminous tracks like I Can’t Fly and 그대의 고요 (Your Tranquility), both of which develop a humble opening melody into grand, rousing refrains. These feel similar in approach to Lena Park’s experiments with grandeur in Parallax – I Can’t Fly is even lyrically reminiscent of Park’s 그렇게 하면 돼 (That Will Do It). Still, Lucia works in her touch: her focus is tenderness rather than power. She breaks and pulses her voice rather than belt, and eschews sharp notes in favour of lots of breathy air.

The instrumentation follows suit. Again, Lucia builds this scale and volume using finesse; ringing piano chords and assured strings effortlessly ramp up the energy, even while leaving plenty of space for the artist’s burgeoning vocals to fill. This approach appears again in I Still Love, where a rock sound-set is used to provide an ambient, diffracting backdrop rather than as centrepiece, and in 보통 (Average), where Lucia defers to a soft chorus to express an uncontainable sense of eager love.

The ‘exhilaration’ theme is not limited to the sweeping ballads. 필로소피 (Philosophy) sings of an improbable happiness borne out of a tumultuous relationship, while 소중한 사람 (Precious Person) and 신이 그를 사랑해 (For God Loved Him) express the instinctive joy of belonging and of possessing. These are the more obvious applications. Surprisingly, even the gloomier tracks here can be read in the same context.

Lead single Savior is a sad song. The narrator chastises herself for not having known that a loved one had been her “savior”. But in this case, that very discovery is the source of a weird, primal kind of elation. The narrator says: now I know. I was mistaken, but now I know and that is what’s important. There’s a sense of regret in repetitions of “You were my savior” at the refrain, but in context this is drowned out by the stronger sense of catharsis. 연극이 끝나기 전에 (Before The Play Ends), on the other hand, focuses on a psyche frozen in the past, in a moment of glorious enrapture.

With these thematic layers as well as the poignant language and nuanced sound, Décalcomanie shapes up as a rich album. There’s a lot to listen to and listen for here. Save for a little repetitiveness by the end, this is a well-paced work with no throwaway tracks. With its tender and crisp sensibilities, Lucia’s EP is a quintessentially autumnal album; then again, maybe things like this are simply timeless.