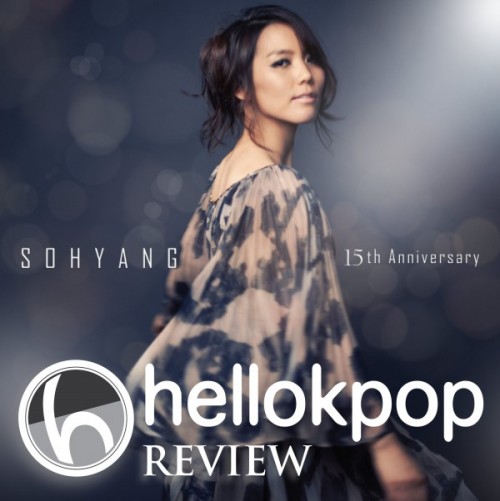 I think Sohyang is still, at heart, a Christian-music artist. That said, the past two years have been a rollercoaster ride for this twelve-year veteran singer: from the breakout appearances on Star King to collaborative singles (including Mermaid, my pick for Best Collaborative Work in 2011) to a winning stint on I Am A Singer, her career has suddenly burgeoned into the mainstream. 꿈. 기억을 걷다 (나 그대와) (Dream, Walks Along Memories (I With You)), her confusingly titled commercial debut album, is about what you would expect in light of this history: it’s about half CCM (contemporary Christian music) and half secular, and its ballads are plain for the most part.

To get the bad news out first, a lot of Dream’s original ballads (and POS remakes) are not just plain – they’re terribly monotonous. They feel very much like filler, bridging the gap between enjoyable tracks with predictable melodies and listless, amorphous instrumental trudges, and tried-and-true love stories. Sohyang conserves her trademarks – range, power, tone – in these songs and instead give flat, stuffy performances. The height-of-the-90s arrangements in these songs (okay, so maybe 늘 하고 싶은 말 (Words I Always Want To Say) is more turn-of-the-century) don’t help to breathe any life. It becomes difficult to listen to. What’s baffling is that not all of these original ballads are bad –햇살이 입맞춤 하던날 (Day of Sunshine’s Kiss), with its deliberate tempo and expansive arrangement giving Sohyang room to take over, is a pretty piece of work. The formula was there, but it wasn’t followed through.

The situation improves considerably with the covers and remakes. Familiar tunes like 가시나무  (Thornbush) and Oh Holy Night can be heard here, and both feature Sohyang at her unbridled ferocity. Additionally, two out of Sohyang’s traditional repertoire appear in Dream – You Raise Me Up and Upon This Rock – and she handles them with deftness. Her rendition of the former is closer to the Josh Groban version than the Secret Garden original, eschewing Brian Kennedy‘s tenderness in favor of more power. I think it loses a little subtlety (no soothing violin intermission in this version), but Sohyang’s sonorous finish to the song is appropriate given the stirring refrain.

The latter goes similarly; Sohyang is much more of a power vocalist than Sandi Patty, and so we get the amped-up edition that she was famous for. (Actually, there are two versions of Upon This Rock in this album – one in its original, Confession-of-Peter-based English and another in Korean as a cover with less Biblical overtones. Apart from the language and subject matter, the songs are musically identical.) The final minute-and-a-half of the song is breathtaking, as Sohyang jumps from one orchestral refrain to the next with barely a breath between them. This is already a difficult song, but she raises the challenge by performing it with almost no falsetto – she even belts out the two ultrahigh penultimate notes in chest register. That part actually sounds strained and doesn’t add much to the song’s quality, but it’s one of those moments when you just have to appreciate the fact that someone can even do that. In fact, you could say the same for her rendition as a whole – it’s not one for the ages, but surely impressive like nothing else.

The album’s best track, however, is the only non-ballad out of the whole thing. Like Upon This Rock, black-gospel piece Jesus has two otherwise-identical versions in two languages. It’s a bona fide home run for the composing team at POS. They capture the infectious energy of the style well, building excitement through pulsing piano and deep-funk rhythm before blowing up in a frenetic, dense singalong refrain that borrows from rock conventions.

My one qualm with this is the lack of “audience” dynamics – for example, in the second verse (of both versions), there is a participatory section where Sohyang leads with “Everybody say Jesus” and… Sohyang receives with the same. I ask: why? This section would benefit greatly from an act
ual chorus (which is present elsewhere in the song) reciprocating the line and starting a back-and-forth dynamic. This isn’t the only such missed opportunity, either. The Korean version has more rousing lyrics in the chorus than the English version, and after an invitation to “stand up, wake up and turn your gaze to the skies”, Sohyang thunderously implores “Get it up, get it up now”. I’m expecting the (very active) chorus to receive this and do something with it (even a simple repetition would have worked), but nothing happens and Sohyang continues with her line. And so forth.

Still, Jesus is a masterful and compelling piece of gospel. Whether you identify with the message or not, you’d be hard-pressed to find better crossover music coming out of the scene. POS and Sohyang make this sound natural, and that’s quite an achievement working with a genre still so foreign to Korean artists. I tend to put a lot of value in this kind of experimentation, and it’s a real boon to the artist that she’s in a position to work with this music.

And what a unique position that is. There’s no other artist in Korea who could have produced Dream. There are CCM artists, but almost none with the mainstream clout to put out a big-budget commercial album; there are popular artists who dabble in Christian music, but few willing to center a whole album around it. Indeed, there is none who fall into both categories, have the vocal prowess of Sohyang, and have the backing of a production team with the know-how to put together traditional gospel. This is why we can expect Sohyang’s work to be a cut different from, if not above, the rest. It’s why we can be disappointed when faced with Dream’s pedestrian ballads. And it’s why, even with the shortcomings of this release, we should still be excited for her future work.