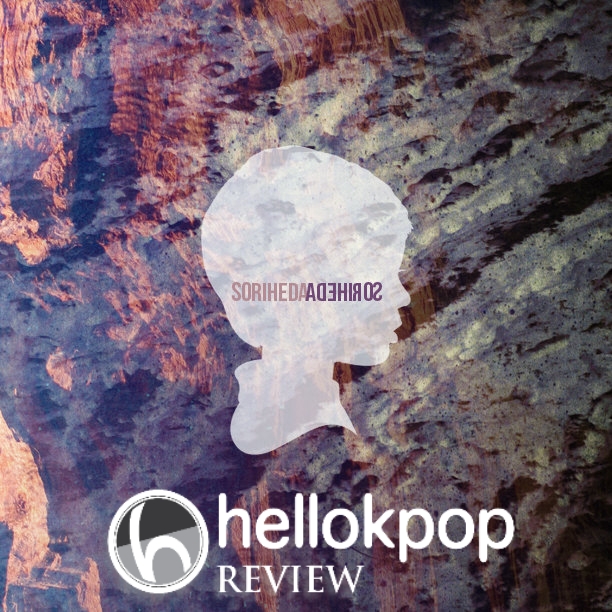 There are some things you just don’t expect going into an album like this. You see, Soriheda is a jazz hip-hop producer and the self-titled Soriheda 2 is (again) a compilation featuring a full slate of guest rappers. So you’re rightfully expecting lots of attention to sound detail and an interesting palette of guests. On the other hand, you don’t necessarily think about thematic coherence or artistic control – with that many featured artists (twenty-two in this album, to be exact), their personalities are bound to bleed through and clash with each other. So it’s surprising when the producer captures both of those things. Soriheda does just that.

The artist says that the theme encompassing Soriheda 2 is an illustration of “what we think, how we live, what we imagine, and why we dream”. Such a broad statement might seem like a cop-out, but the stories herein make that description plausible. There is no traditional love song and no swagger anthem in these fifteen tracks, which are instead divided into introspective soliloquies and abstract sailings of the mind.

The introspective type of songs, while perhaps more mundane, form the bread and butter of Soriheda 2. The producer’s bass-heavy and nuanced jazz-hop tracks provide warm, comfy backdrops for a variety of personal stories. Rhyme-A- kicks off the album with a confident review of his music career in saxophone-led 출발선 (Starting Line), the closest thing to a swag track in this collection. B-Free and Deepflow both sketch the routine of money-chasing lives in their respective tracks (the former tells the more lighthearted story, although the latter gets a more lively track in the funk tradition). Soulman, Minos, Huckleberry P, and Okasian contribute tracks about a particular age in life; the first two talk about the confusion and disillusionment of turning 30 atop a gorgeous piano-layered beat, Huck P tackles male anxiety at the “bad luck” age of twenty-nine in a playful acid setting, and Okasian assumes the role of a college senior about to graduate with no certainty about the future upon a beat just as amorphous as his hook of “Iono what Imma do in this life”.

Throw in meta-tales like 올빼미의 밤 (The Owl’s Night) and engaging fictional interludes like 사과 마티니 (Appletini) and 자리 (Position), among others, and you already have a solid, narrative album. There is appreciable insight into life and passion coming from a variety of experiences, and the rich instrumentation adds more relatable humanity. Primary‘s recent album basically took the same approach (with more love songs), and both endeavors are successful.

Soriheda goes a step further than this, however. There are a handful of tracks that feel more experimental on the part of the lyricists, blurring the boundary between the palpable and the abstract. R-Est and Kaedemelodii explore the paradox of a “sound of silence” and “music of silence” in 침묵 (Silence), sometimes metaphorically and sometimes not. Dead’P brings the creative process to vibrant life in 생각의 탄생 (The Birth Of Thought), while Suda constructs a five-minute allegory on the definition of humanity and also the album’s best technical performance, showing off exquisitely rhythmic flow and consecutive-word rhymes in the second verse of 허수아비의 노래 (The Scarecrow’s Song). Finally, the album’s closest analog to a love song is provided in the fantastical and open-ended narrative of 꿈속은 (Inside The Dream).

There’s no doubt that these tracks add a dimension of sophistication to Soriheda 2. These are the difficult themes that you hear so sparingly in hip-hop, the kind that made the likes of Epik High and Fana so acclaimed. All of these songs have one issue, however; Soriheda does not provide the right beats for them. Don’t get the wrong idea – they’re technically just as top-notch as the other instrumentals here. The problem is that they carry over the same down-to-earth, groove-oriented feel to songs that are supposed to be abstract. I think The Birth Of Thought could have benefited from a beat that is less focused on finesse and more on primordial impression, à la Seo Taiji‘s Atomos project. Similarly, while their current beats are absolutely gorgeous, when I imagine The Scarecrow’s Song with an eAeon beat or Inside The Dream with a Lee Sang-eun treatment, I have to conclude that there are missed opportunities with them.

The fact that the abstract bits don’t unlock full potential shifts down Soriheda 2 from a potentially tremendous album to a merely great one. Soriheda’s dedication to sound design pays handsome dividends, and his kaleidoscopic approach to his album’s theme means that the strong characters of the featured guests don’t take over and fragment some central message. Here is a work that does not compromise creative vision in the quest for sound and diversity, and for that Soriheda 2 gets high marks.