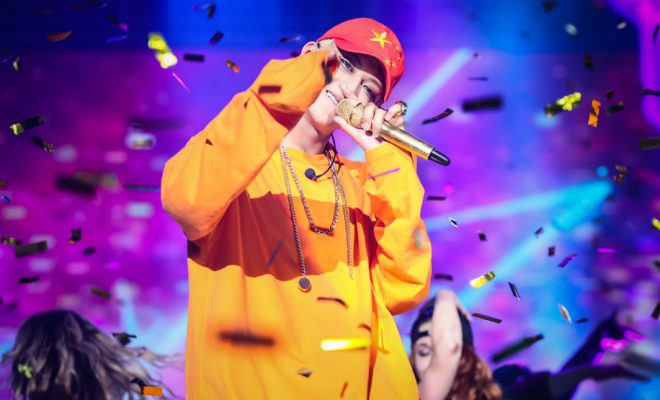 By Sharon | May 7, 2016
377
SHARES
FacebookTwitter
SubscribeGoogleWhatsappPinterestDiggRedditStumbleuponVkWeiboPocketTumblrMailMeneameOdnoklassniki

They even filmed a music video together!

The former EXO member, now goes by the name Z.TAO, unveiled a total of seven brand new tracks during the concert at Nanjing, China, on May 1.

The songs include the newly released The Road, with other unreleased tracks namely New Day, 19 Years Old, Adore, Underground King, Mystery Girl, and Hello Hello. American rapper Wiz Khalifa, well-known for singing the mega-hit soundtrack See You Again of the movie ‘Fast and Furious 7’, will be featured in Hello Hello too.

The music video of the upcoming song, starring Z.Tao and Wiz Khalifa, was previewed at the concert. The singer later also performed the live version for fans.

Hello Hello is slated for release on May 9.

Check out The Road below:

We need your support! If you have enjoyed our work, consider to support us with a one-time or recurring donation from as low as US$5 to keep our site going! Donate securely below via Stripe, Paypal, Apple Pay or Google Wallet.
377
SHARES
FacebookTwitter
SubscribeGoogleWhatsappPinterestDiggRedditStumbleuponVkWeiboPocketTumblrMailMeneameOdnoklassniki
Related ItemsTaothe roadz.tao
← Previous Story Former 2NE1 Member Minzy To Join New Agency
Next Story → Singaporean Singer’s Mandarin Cover Of ‘Descendants Of The Sun’ OST An Instant Hit