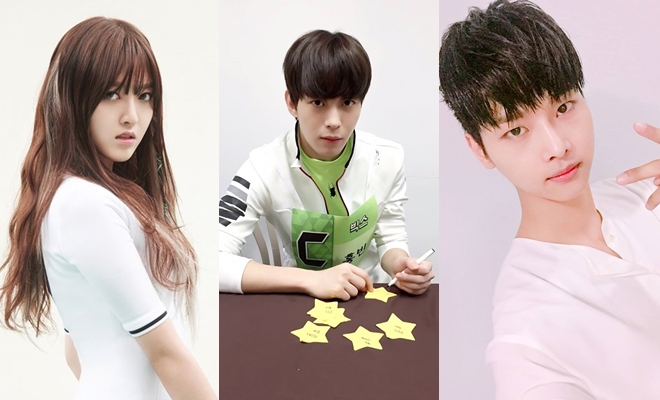 The AOA member is making her acting debut soon!

Chanmi is joining VIXX‘s members N and Hongbin, and actress Jung Dabin in the upcoming web drama. The AOA member is taking up the lead role as Geum Hyera in a web drama, titled Who Are These Guys? (direct translated title).

Who Are These Guys is a youth romance drama, using Cheonha Finance High School as the background. It depicts the friendship and love of high school students, who are resolving the school’s finance matter.

Chanmi plays the role of Geum Hyera, who is the president of the student body. The character is described as arrogant and has no others in her eyes, but is actually someone carries emptiness in her heart.

The singer made cameo in SBS’s drama Entertainer, and will further challenge her acting skills in the coming web drama.

The web drama is scheduled to broadcast in October.