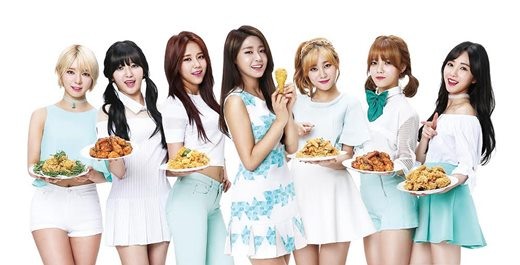 Korean idol girl group AOA will be appearing in a TV advertisement soon!

An official representative of the brand complimented the group on its image via an e-mail:

We thought highly of the group’s upbeat, cheerful image and chose them as our brand model. We expect them to raise our brand power even more.

It is reported that photoshoots for the advertisement have already taken place and are going to be released soon.

In other news, the talented girl group recently released its first full-length album “Ace of Angels” on October 14 and  the group will hold its first concert in Tokyo on December 18. This news is creating a lot of excited fans, as expected.