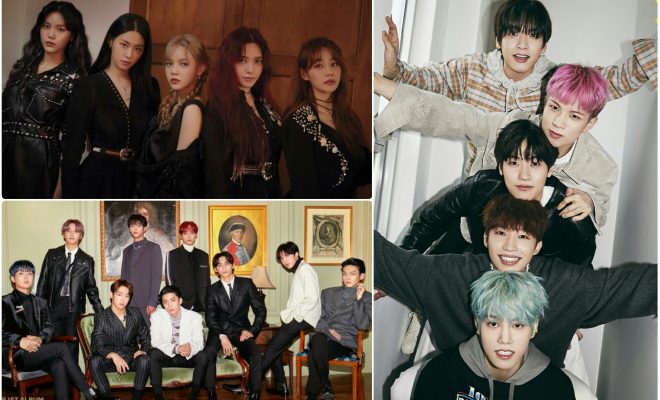 AOA, SF9, and N.Flying are taking off as the ambassador trio of this year’s Global Hallyu Expo!

AOA, SF9, and N.Flying have been appointed by KOTRA as the ambassadors of the 2020 Global Hallyu Expo! 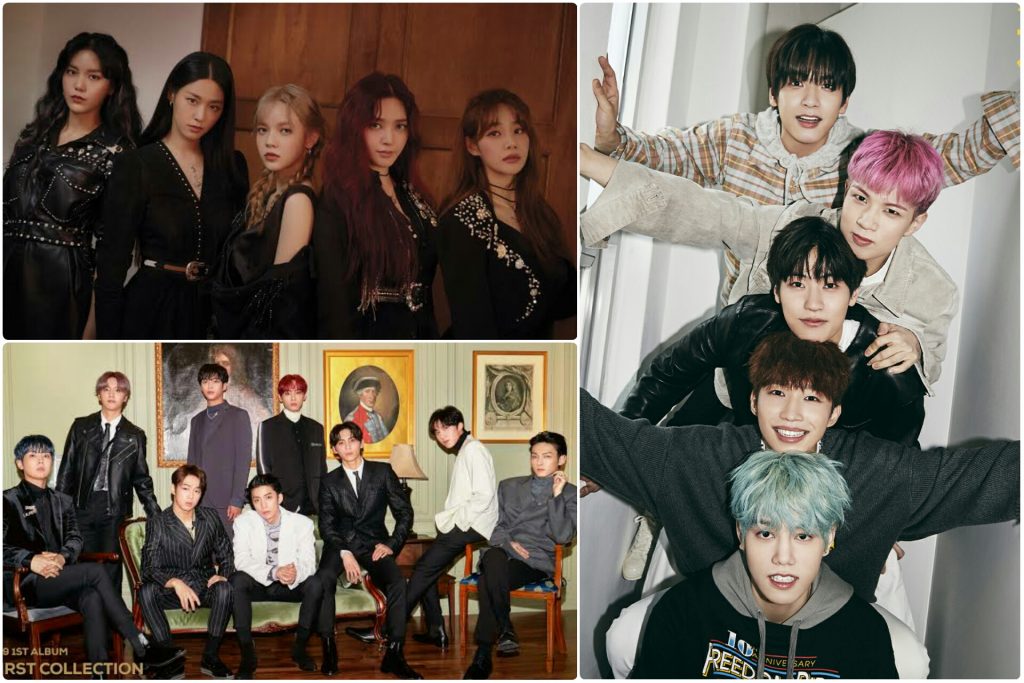 Representing the three fields of Korean music—girl group, boy group, and band—that has been making waves in the international music scene, AOA, SF9, and N.Flying serve as apt ambassadors for the event.

As part of their activities as ambassadors, the three groups will star in an online Hallyu performance. Set to be held on June 13, it will be broadcasted live on KOTRA and FNC Entertainment’s YouTube channels for an hour starting from 6 PM KST. Considering the time difference for international fans, the same performance will be aired one more time at 2 AM KST the next day.

Starting from June 13, the Global Hallyu Expo will be delighting fans with their exciting online festivities, which focuses on the promotion of Korean consumer goods, services, and exports in conjunction with Hallyu star performances. Due to current circumstances, this is the first time that it will be held online.

Held once or twice a year, the expo has greeted Hallyu fans in various countries including Paris, Osaka, London, Sao Paulo, Shanghai, Shenyang, Chongqing, Taiwan, Hong Kong, Moscow, Singapore, Thailand and Dubai. The expo also started in 2010 with its festivities held in Bangkok.

This year’s fair, which marks its 11th year, will be co-organized with FNC Entertainment, They will also be joined by the Ministry of Trade, Industry and Energy and the Ministry of Culture, Sports and Tourism. 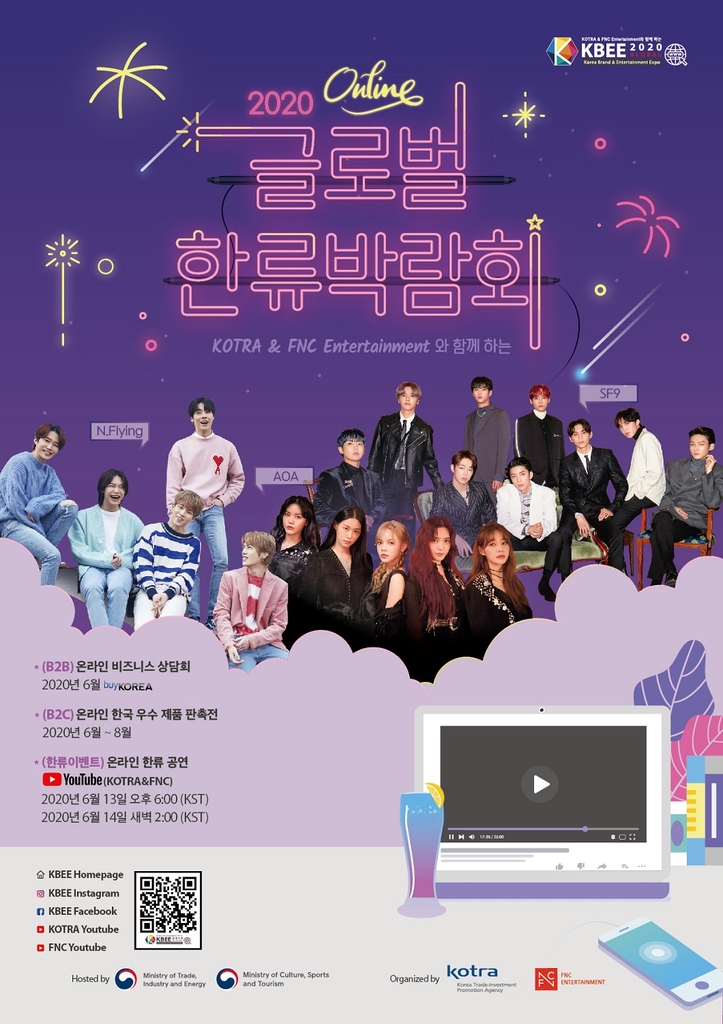 Under the theme of overcoming COVID-19, 500 companies will participate from seven major consumer goods sectors, including beauty, home cooking, health and food, appliances, medical supplies, hygiene products, and digital equipment, as well as the service industry, including health care and EduTech (education-technology).

Kwon Pyung Oh, president of KOTRA, said, “In the post-COVID-19 era, we can use the Korean Wave for untact marketing. Through this fair, which will be held online for the first time, we will publicize the excellence of Korean consumer goods and services to the global market.”