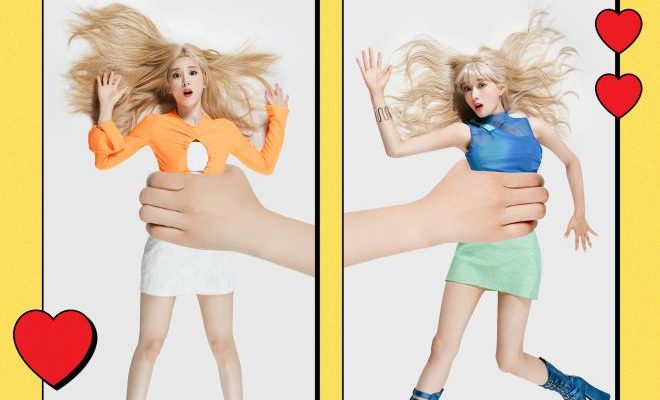 Seize CHOBOM this July, when the duet makes its official debut!

IST Entertainment recently announced that members Chorong and Bomi from Apink will be forming a unit and releasing an album in July.

The duo will go under the name CHOBOM, which is a play on their names and also holds the meaning “early spring” in Korean. 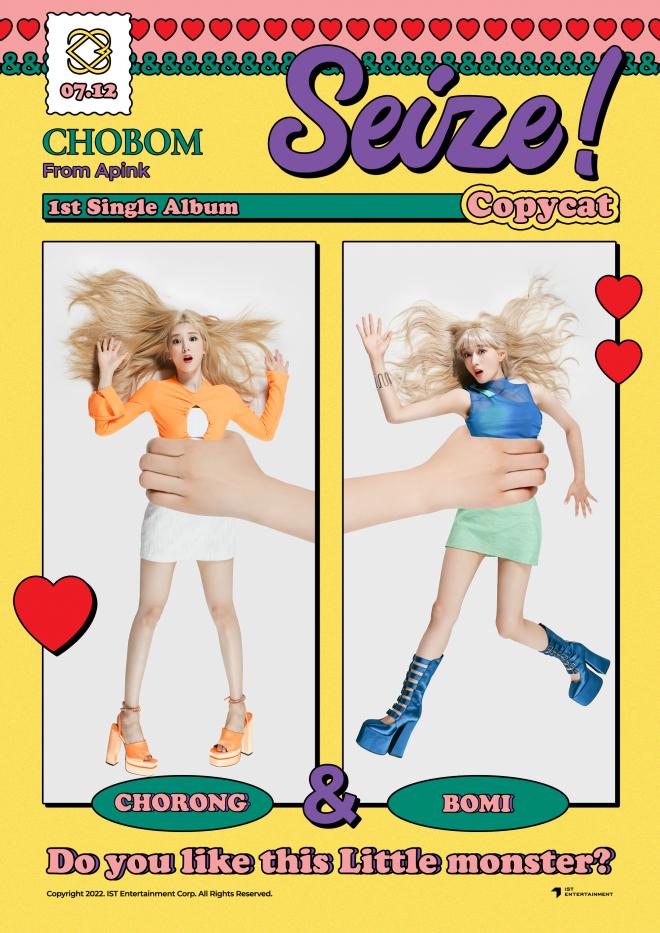 The unit just dropped its poster for the upcoming single album Copycat. The playful image showed the girls in bright fashionable clothes, held by the waist by, what would appear, like a giant hand.

The fun poster caught the attention of many and raised questions about the concept and sound, which the two will introduce through this project.

Earlier, on June 20, CHOBOM shared its official logo through a special image and also a motion video. The logo reminds of a heart and spade laid on their sides, creating a cute new figure to represent the unit.

More details are yet to come but anticipation is already high. Both Chorong and Bomi have shown their talents in various music and entertainment activities.

Through this new endeavor, they will showcase their synergy as a duet and will break from the already known Apink image in order to find their own color as a team.

CHOBOM is set to release its first single album Copycat on July 12 at 6 PM KST.