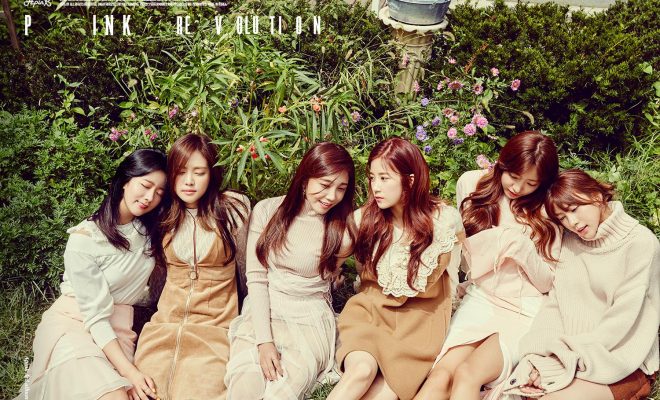 Apink‘s musical journey is on the road to a more mature approach.

Expect a more mature sound from Apink as the girls are about to unleash it all in With its third full length studio album Pink Revolution, Apink has yet unleashed its most mature music.

Apink confidently showcased its music and concept for its newest album at a media showcase, which was held in Seoul on Monday.

The girls shared their thoughts on how they were able to take more control on the concept of the album, including the costumes and music video to meet their desired look and feel.

For now, the group would continue to hold on to its sweet and innocent image, which clicks with their fans throughout the past. But at the right opportunity, they might try passionate concept too.

Apink’s lead single Only One, which was composed by prominent Songwriter Blackeyed Pilseung, took the number 1 spot on numerous music charts in Korea upon its release.