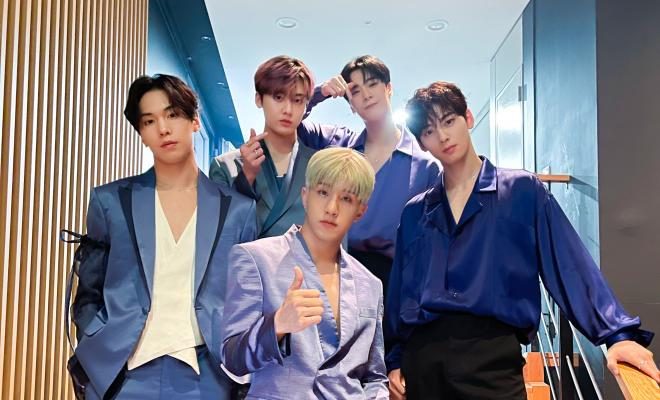 ASTRO Wraps up Promotional Activities for “Drive to the Starry Road”

By Marty | May 28, 2022
FacebookTwitter
SubscribeGoogleWhatsappPinterestDiggRedditStumbleuponVkWeiboPocketTumblrMailMeneameOdnoklassniki

ASTRO has successfully completed promotions for their third full-length album Drive to the Starry Road.

Through music broadcasts, ASTRO gave off a variety of charms with the title track “Candy Sugar Pop” and the fan song “Like Stars.” “Candy Sugar Pop” showed the idols’ cool charms through outstanding styling and synchronized group dance. Meanwhile, “Like Stars” focused on the members’ beautiful harmony, resulting in capturing the eyes and ears of music fans.

In particular, the point choreography of the title song and its bright refreshing mood are perfect for the summer, leading to high views of different content and performance videos.

Drive to the starry achievements

ASTRO deservingly obtained a couple of exemplary achievements with their latest release. The music video for “Candy Sugar Pop” surpassed 30 million views on YouTube in the shortest time, breaking the group’s previous records.

Upon its release, the album and its main song topped the iTunes album and song charts in 19 regions worldwide. “Candy Sugar Pop” also took first place on Bugs Music, while the b-sides got top ranks as well, proving the group’s popularity in Korea. The album contains solo tracks from each member, making these feats even more meaningful.

In addition, ASTRO won first place in four categories on Gaon Chart for the week of 2022.05.15-2022.05.21. These include download, BGM, album, and retail album charts. On top of that, the idols grabbed the top spot on music broadcasts such as SBS MTV’s The Show, MBC M’s Show Champion, and Mnet’s M Countdown.

Even after the official promotions ended, the boys swept the trophy on KBS’ Music Bank, further highlighting its success.

ASTRO, who is now in its seventh year since its debut, steadily attracted the hearts of domestic and foreign fans by presenting various concepts, without losing its “refreshing” identity. Through their constant sense of challenge and sincere efforts, the artists continued to grow their musical capabilities and break their records with every new release.

Earlier, the performers expressed their ambition at a media showcase for the album’s release, saying, “I want to show ASTRO’s growth with this album.” Expectations are higher than ever for the group’s next move.

Meanwhile, ASTRO is holding a two-day online and offline solo concert The 3rd ASTROAD to Seoul [STARGAZER] on May 28 and 29. The group is providing abundant enjoyment to global fans through its many memorable activities, giving a great start to the summer season.