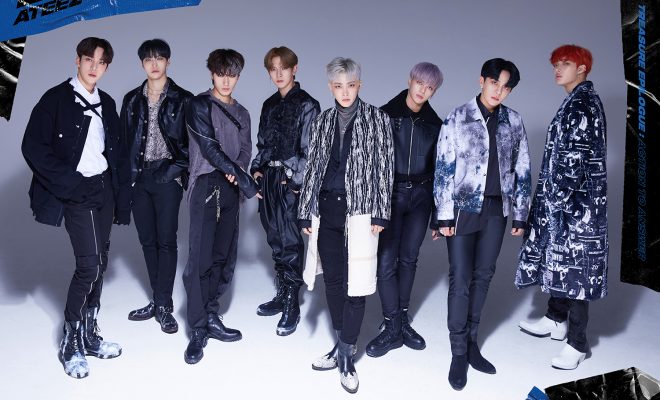 By Kirsten | May 8, 2020
76
SHARES
FacebookTwitter
SubscribeGoogleWhatsappPinterestDiggRedditStumbleuponVkWeiboPocketTumblrMailMeneameOdnoklassniki

ATEEZ are recognized by the Korean government as the culture and tourism ambassadors for 2020!

The globally successful K-Pop group, ATEEZ, has been appointed as the 2020 Talk Talk Korea Overseas Culture and Information Ambassadors. The ceremony occurred on May 8 at the Smart Work Centre in Seoul. The members met the government’s Minister of Culture, Sports, and Tourism (KOCIS) who led the ceremony. 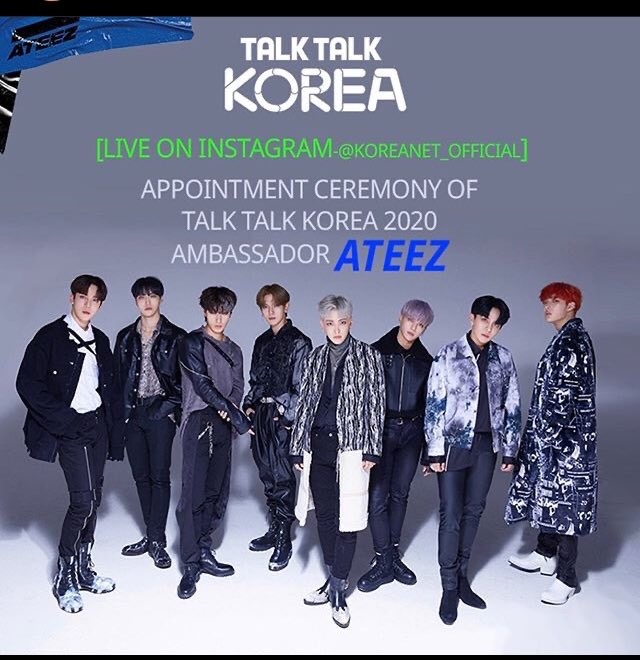 During the ceremony, the Minister took the time to kindly chat with the members. They discussed the origins of their fandom name, ATINY, which is a blend of “a teen” and “destiny”.

The Minister proudly stated he is already familiar with the group’s name, ATEEZ, which represents all teenagers. Additionally, he jokingly noted he was taken aback by the members’ handsome visuals in person. 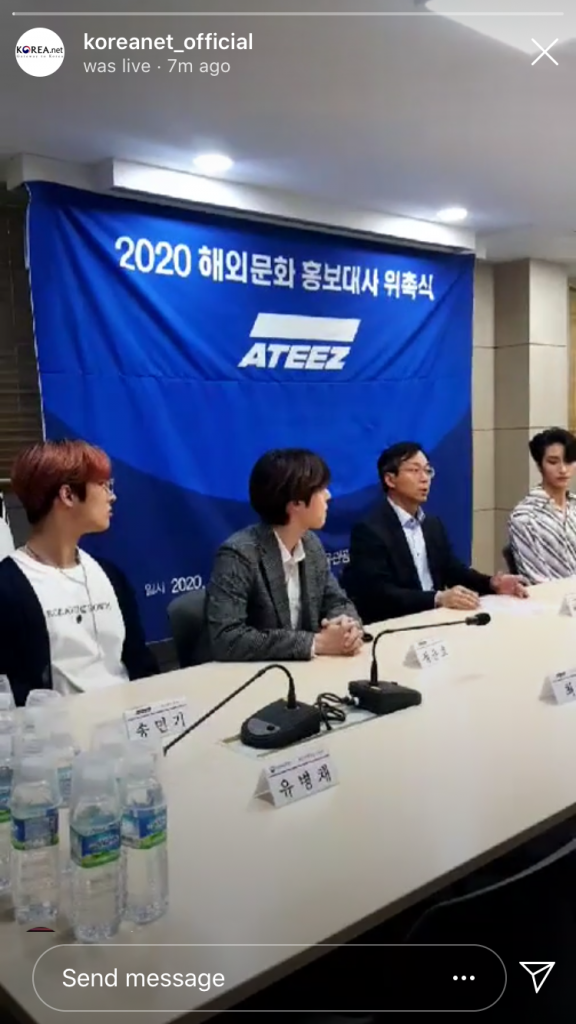 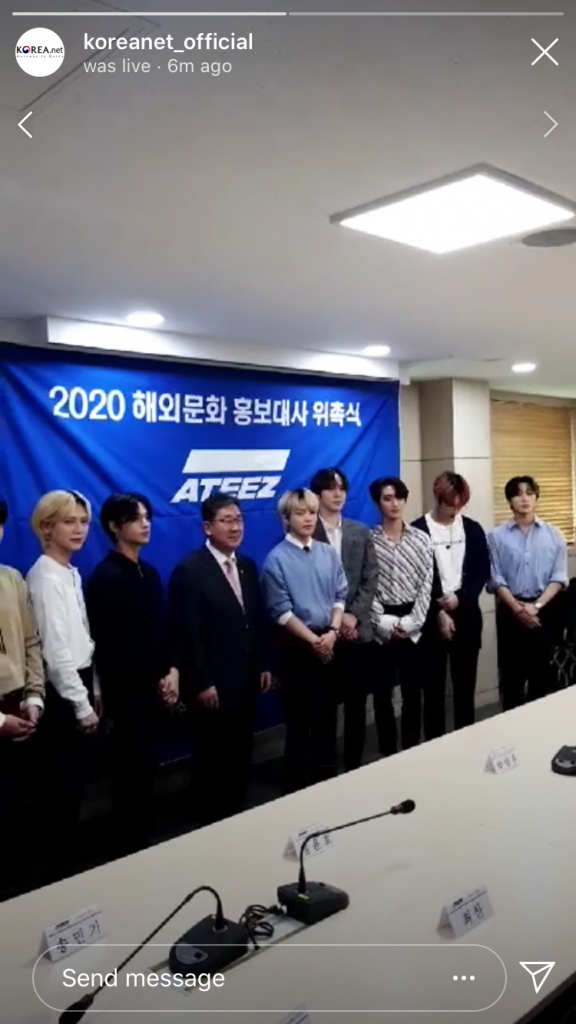 As such, they were recognized for their outstanding contributions in leading the current Hallyu wave. The Korean government thus chose them as this year’s ambassadors for culture and tourism, an honor that was previously held by top K-Pop groups such as BTS, EXO, and WINNER.

This achievement is another indication of ATEEZ’s rapidly increasing success, both domestically and internationally.

Their first act as ambassadors was launching the “Overcome Together” challenge on the Korean government’s KCIS official YouTube channel.

The members promoted safety measures to participate in during the COVID-19 pandemic, which includes wearing masks, diligently using hand sanitizer, and contributing to social distancing.