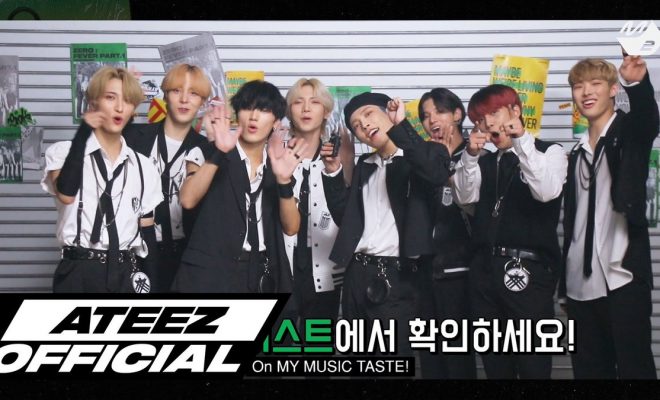 ATEEZ Delights Fans With A Sneak Peak Into Their Comeback Show Setlist!

ATEEZ raises expectations for their three-hour digital comeback show by delivering a setlist teaser for the event!

Just ahead of ATEEZ’s comeback show concert, “AIR CON <ZERO: FEVER Part.1>”, the group teased fans with the festivities to come. ATEEZ unveiled a setlist poster on their SNS channels, hinting towards the performances fans could expect during the three-hour online concert. Hosted by MyMusicTaste, the digital comeback show promises a celebration of the group’s newest music and the bond with their fans, ATINY.

The poster teasing the setlist for the event displayed ATEEZ’s tracks from previous albums, including “From” and “WIN”. Meanwhile, “Inception” and “THANXX”, both of which were candidates for the album’s title song, will be performed. The setlist hints thrilled ATINYs, who have been eagerly awaiting new music from ATEEZ since their last release in January.

Furthermore, the poster intrigued fans with its mysterious emoji codes at the top of the image. This included eight men, ATEEZ’s news “ANEWZ” symbol, and ballot boxes. Fans speculate the emojis allude to an important segment of the digital concert, as they are bracketed with five stars indicating their significance.

Additionally, ticketholders will be able to watch the show’s rehearsal through a video call before the live show. Meanwhile, members of ATEEZ’s official fan club will receive an exclusive message written in the members’ own handwriting via email.