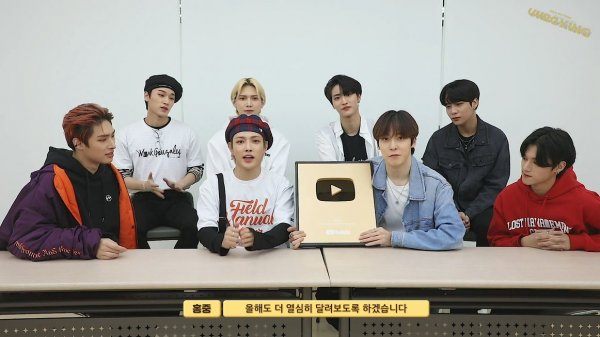 Marking another mesmerizing feat, ATEEZ has hit yet another golden milestone even before reaching their second debut anniversary!

After storming the music scene in October 2018 with their booming arrival, ATEEZ has successfully surpassed 1 million YouTube subscribers on their official channel! 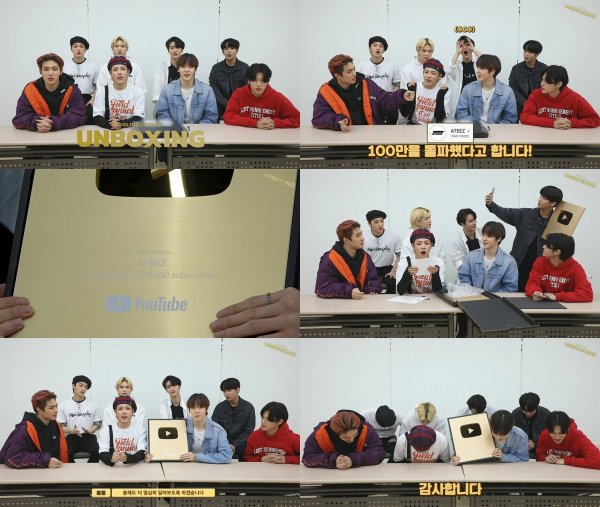 Thanks to their recent feat, the boy group sweetly received their Gold Play Button from YouTube. In a video uploaded to their official channel on April 28, ATEEZ revealed the process of unboxing the prestigious gift honouring their achievement, which arrived from YouTube’s headquarters.

The members, who took out the gold button from the box with sparkling eyes, expressed admiration and cheers. They also could not hide their excitement by taking turns holding the Gold Play Button and taking commemorative selfies.

ATEEZ earlier made their names known on the U.S. Billboard World Album Chart right from the first week of release of their debut album Treasure Episode 1: All To Zero in October 2018. In just about a year and a half after they began their activities as group, they were already able to receive the gold button by achieving 1 million YouTube subscribers.

ATEEZ was then able to receive a gold button thanks to the much love and interest of ATINY. “We will continue to visit you with more fun and rich content,” the group said, expressing their heartfelt gratitude to fans. In addition, ATEEZ expressed their stronger will to storm the K-Pop scene by saying, “As we have achieved one achievement with ATINY, we will work harder this year.”

“We want to get a diamond button when we’re on our third year of debut,” the group also shared their goal, further drawing attention from fans.

Hellokpop, as an independent Korean entertainment news website (without influence from any agency or corporation), we need your support! If you have enjoyed our work, consider to support us with a one-time or recurring donation from as low as US$5 to keep our site going! Donate securely below via Stripe, Paypal, Apple Pay or Google Wallet.
FacebookTwitter
SubscribeGoogleWhatsappPinterestDiggRedditStumbleuponVkWeiboPocketTumblrMailMeneameOdnoklassniki
Related ItemsATEEZYoutubeYouTube Gold Play Button
← Previous Story ASTRO Shows A Variety Of Whimsical Tracks In Highlight Medley For “GATEWAY” Mini-Album
Next Story → TXT Evokes Intense Feelings With Their Thought Provoking “The Dream Chapter: ETERNITY” Concept Trailer