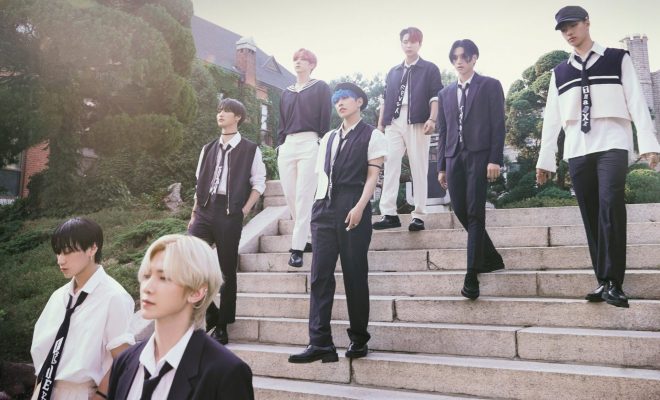 ATEEZ drives anticipation for their comeback even higher by delivering the tracklist of their newest album!

ATINYs can look forward to ATEEZ’s distinct sound in their newest mini-album. KQ Entertainment’s production team, Edenary, who worked on the group’s music since debut, had a hand in the creation of the group’s latest project once again.

Moreover, ATEEZ’s rappers Kim Hongjoong and Song Mingi, are both credited as lyricists while Hongjoong additionally participated in composing. The members’ contributions add a personal touch to their music. Furthermore, ATINY’s praise their high musical sensibility in songwriting and composing, raising expectations for this mini-album.

Besides the two title track contenders, “Inception” and “THANXX”, fans are buzzing with eagerness to hear the group’s b-sides. In particular, “Good Lil Boy” captured ATINY’s attention, trending worldwide on Twitter upon release. “Dear Diary : 2016.07.29” also intrigued fans, summoning questions regarding that specific date’s importance as it is the same date as this upcoming comeback four years later.

Meanwhile, ATEEZ’s title track competition between “Inception” and “THANXX”, concludes its fan-voting period. ATEEZ released a new “MEMBERS PICK” video, including teasing scenes of the members themselves voting between the two tracks.

To see which song emerges as victorious from the vote, fans can watch ATEEZ’s three-hour comeback show special. The digital event will air live on July 28 at 10 PM KST on the platform MyMusicTaste. Limited amounts of discounted early bird tickets are still available until quantities last.