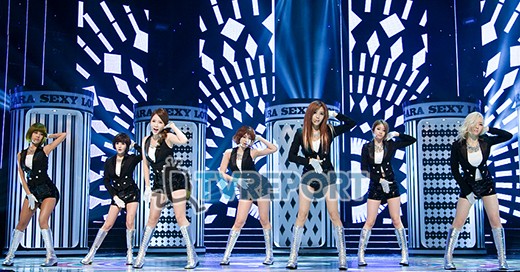 Even if the bullying controversy revolving between T-ARA and former member Hwayoung has died down, the girl group still faces some negative response from some citizens.

On the recent 2012 World Conservation Congress Concert in Jeju Island, T-ara performed their comeback track, Sexy Love. It was their first live performance to a big crowd since the controversy. However, during their 10-minute performance, the crowd gave the silent treatment and turned off their light sticks.

Watch the fancam of their performance below.

What can you say about this issue?

We need your support! If you have enjoyed our work, consider to support us with a one-time or recurring donation from as low as US$5 to keep our site going! Donate securely below via Stripe, Paypal, Apple Pay or Google Wallet.
FacebookTwitter
SubscribeGoogleWhatsappPinterestDiggRedditStumbleuponVkWeiboPocketTumblrMailMeneameOdnoklassniki
Related ItemsCCMT-ara
← Previous Story Behind-the-scenes of BTOB’s ‘Wow’ MV revealed
Next Story → BIGBANG to have additional tour date in Japan