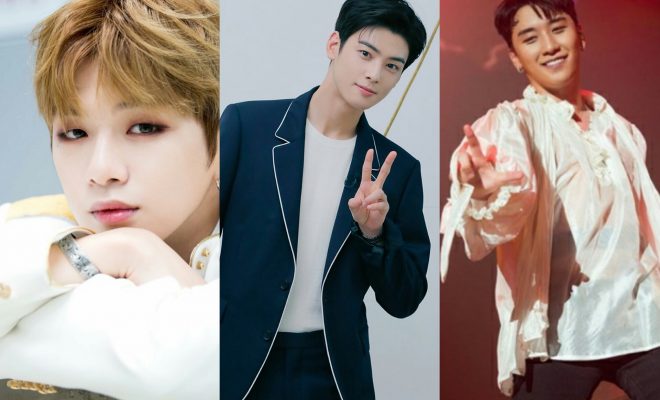 On August 18, the Korean Business Research Institute has released the list for their monthly brand reputation rankings amongst individual boy group members! The ranking is based on the big data analysis done by the Institute from July 16 to August 17, 2018.

The analysis focused on and collected data from areas of consumer participation, media coverage, communication, and community awareness on each idol. Sadly, despite collecting 180,047,530 pieces of data, this month’s count is lower by 7.76% than last month. 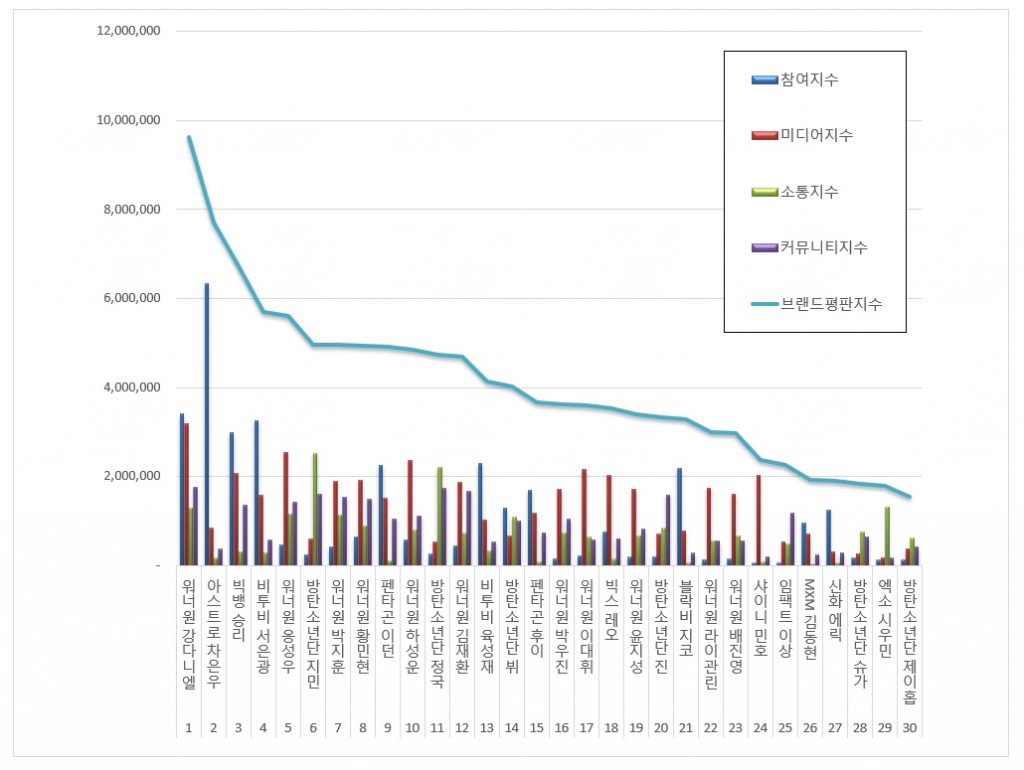 Topping the list for the thirteenth consecutive month is Kang Daniel from Wanna One. He experienced a 3.62% increase from last month after receiving a total score of 9,637,088 this August.

Following him is ASTRO’s Cha Eun Woo – who’s been charming drama audiences as the male lead in the jTBC drama My ID is Gangnam Beauty. He garnered a total score of 7,715,571, a huge boost from his score last month as he experienced a whopping 943.64 percent increase.

Landing in third place is BIGBANG’s maknae Seungri, who was dethroned by Eun Woo from his spot at number two last month. Compared to the two, Seungri experienced an 11.93% decrease this month with his total score of 6,718,574. 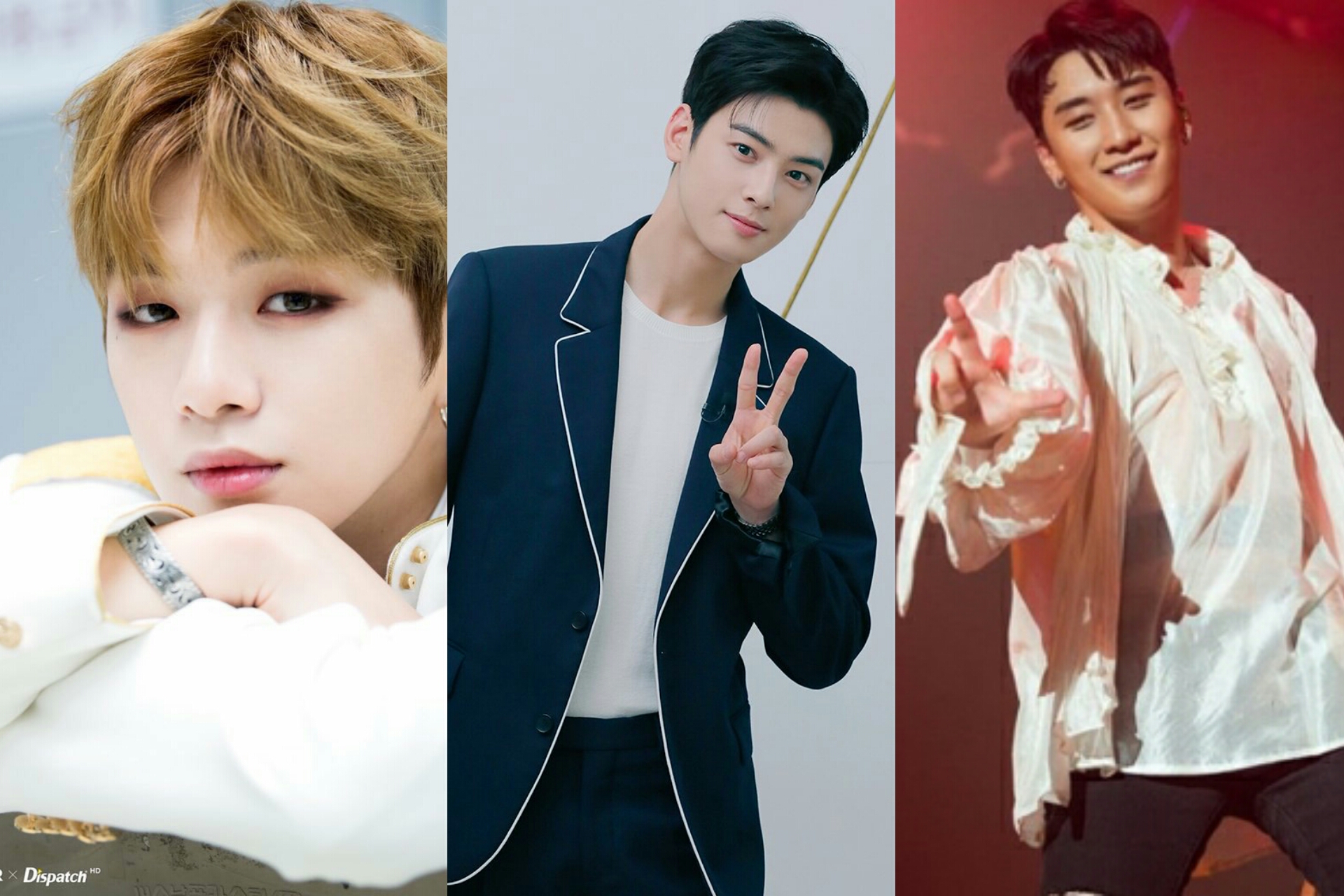 BTOB’s Seo Eunkwang, whose sudden military enlistment made the headlines, takes the number four spot. He is followed by another Wanna One member, Ong Seongwoo, who stands at number five.

BTS’ Jimin – who is currently gearing up for a comeback with the rest of the Bangtan boys – ranks at number six. Wanna One’s Park Ji Hoon and Hwang Min Hyun take the seventh and eight spots respectively, already showing signs of their group’s frequency on the list.

What are your thoughts on the August individual boy group members’ brand reputation ranking? Let us know by leaving a comment below, giving us a holler on Facebook, or tweeting us at @hellokpop!