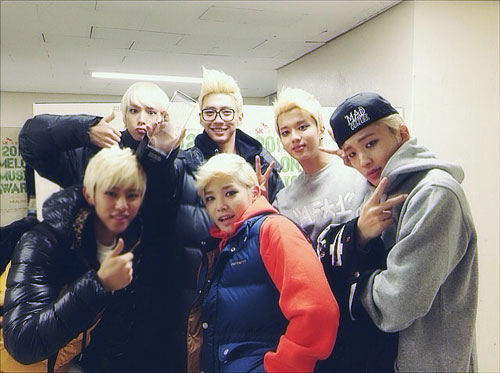 After their debut in January of 2012, B.A.P managed to place 1st on the German Asian Music Charts with Warrior, No Mercy, Stop It and many others. Also, B.A.P took the awards for Germany’s K-Pop Rookie Charts 2012 winning among 50 debuted teams.

Further, B.A.P has shown their unstopping popularity by also winning the rookie award at the 2012 Melon Music Awards on December 14th.

Hellokpop, as an independent Korean entertainment news website (without influence from any agency or corporation), we need your support! If you have enjoyed our work, consider to support us with a one-time or recurring donation from as low as US$5 to keep our site going! Donate securely below via Stripe, Paypal, Apple Pay or Google Wallet.
FacebookTwitter
SubscribeGoogleWhatsappPinterestDiggRedditStumbleuponVkWeiboPocketTumblrMailMeneameOdnoklassniki
Related Items2012 Melon Music AwardsB.A.P.Best New Male ArtistGerman Asian Music ChartsGerman Korean Entertainment AwardsGermany's K-Pop Rookie Charts 2012No MercyRemarkable Awards 2012STOP ITWarrior
← Previous Story Like The First Time soju releases new ads, featuring Goo Hara and Hyorin
Next Story → CNBLUE’s Lee Jung Shin writes thank you letter