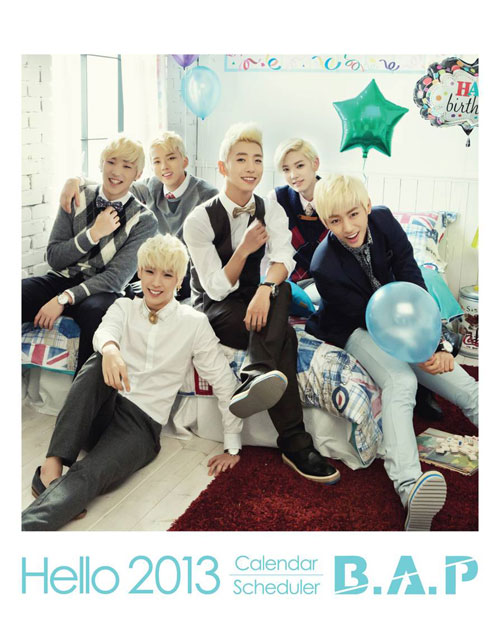 B.A.P has revealed their calendar package ‘HELLO 2013’ on November 16th through their official fan cafe.

On the cover, there were all 6 members Bang Yong-guk, Himchan, Daehyun, Youngjae, Jongub and Zelo with dandy styles. The members were wearing outfits that they don’t wear on stage, with knits and vests along with denims and trousers. They showed a new concept that they have never presented before.

The calendar was produced by CJ E&M, they said, “The calendar has a total of 28 pages, not only with the important days of the nation but with the birthdays and anniversaries of the members. Included in their package is a 120-page schedule book with B.A.P’s pictures, so that the fans can follow along with B.A.P all year long.”

In 2012, starting with Warrior to Stop It, they have released 5 albums to date, and are currently active preparing for the coming end-of-the-year awards ceremony performance.